Will children soon be able to get vaccinated against malaria? 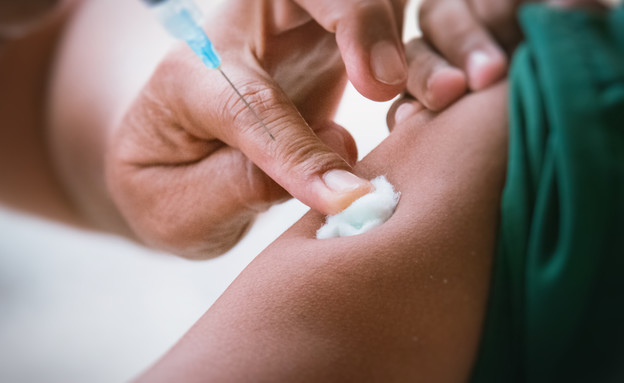 The World Health Organization has stated that the results of a pilot carried out in the last three years indicate that the malaria vaccine is effective for children • “Using this vaccine and existing tools to prevent malaria can save the lives of tens of thousands of young people every year,” the World Health Organization CEO stressed. Next: Obtaining funding for the distribution of the vaccine to some of the poorest countries in the world

The World Health Organization announced yesterday (Wednesday) that the only vaccine approved against malaria seems safe for children as well and has stated that it intends to expand the vaccination campaign soon. The World Health Organization emphasizes that this move will lead to significant progress in eradicating the disease, which kills hundreds of thousands of people a year. Experts say the big challenge now will be to raise funding that will make it possible to produce and distribute vaccines for some of the world’s poorest countries.

Musquirix, the malaria vaccine developed by British drugmaker GlaxoSmithKline, has been tested on children in the past and has been found to be effective. Since 2019, 2.3 million vaccine doses have been given to infants in Ghana, Kenya and Malawi – as part of a large.scale pilot program, conducted in coordination with the World Health Organization.

“This is a vaccine developed in Africa by African scientists and we are very proud,” said World Health Organization Director General Tedros Adhanum Gavra.Yesos. He added that the director general of the World Health Organization referred to additional tools for dealing with malaria, such as bed nets and a special spray that can kill mosquitoes that transmit the disease.

According to the World Health Organization, 94% of malaria and deaths occur in Africa. They further claim that malaria is much more deadly in Africa than the corona. According to an estimate by the World Health Organization, in 2019 386,000 people in Africa died of malaria, compared to 212 who died on the continent in the last 18 months as a result of contracting the corona virus.