Fear of a dramatic rise in flu cases this coming winter 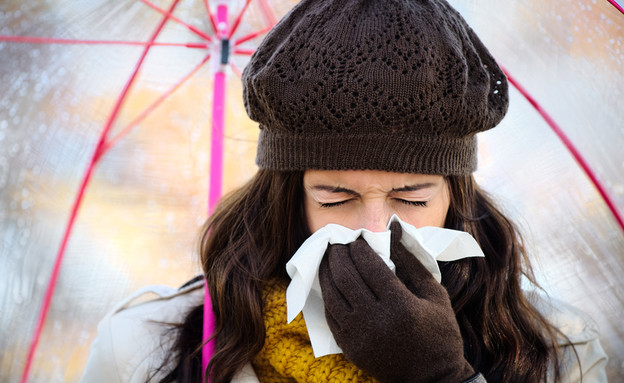 Scientists at the University of Pittsburgh School of Public Health have published two studies that show an increase in flu rates this coming winter, due to declining immunity. The study highlighted how young children may be at particular risk, as they have not yet developed broad immunity, compared to adults. In addition to the increase in cases in children themselves, they can infect grandparents and other adults.

“We are seeing a resurgence of respiratory viruses, which do not bode well for the upcoming flu season,” describes one researcher Mark Roberts, director of the Public Health Laboratory. “In the worst case scenario, our models indicate the potential for up to close to half a million hospitalizations due to the flu in the winter, compared to the regular flu season. Vaccinations for as many people as possible against the flu will be the key to avoiding this scenario.”

The study included people of all ages and found that increasing the vaccine in children has the potential to reduce infections in children by half. The study found that if only 25 percent more than normal were vaccinated against the flu this year, that would be enough to reduce the rate of infection to a normal seasonal flu level. “All of these data suggest that while the flu vaccine is important every year, it is of paramount importance this year to prevent a dramatic increase in flu cases and to prevent U.S. hospitals from becoming overcrowded.”

Immunity is low and the risk increases

New data released by the U.S. National Infectious Diseases Foundation shows that 44% of U.S. adults are unsafe or unwilling to get vaccinated against the flu during the coming winter season. A survey of thousands of respondents across the United States found that nearly 1 in 4 (23 percent) at higher risk for flu.related complications did not plan to be vaccinated this season. Very much from the corona, then in relation to the flu only 19% reported a similar concern.

Experts point out that the flu vaccine is important for all populations, but especially for populations at higher risk for flu.like complications, including pregnant women, children under 5, adults 65 and older, and those with certain chronic medical conditions, including diabetes, lung disease and heart disease.

In the previous year, 52% of the entire population in the US was vaccinated from the age of 6 months, a slight decrease compared to previous years. While last year they were slightly infected with the flu, this year there is cause for concern. Prevention, like masks, physical distance and staying at home, “explained the director of the Centers for Disease Control and Prevention, Rochelle Wolanski, in a briefing on Thursday announcing flu vaccine efforts.” Because of so few diseases last year, the population’s immunity is probably lower, what That puts us all at risk for increased disease this year. “

Influenza.related deaths in children dropped from almost 200 in the 2019.2020 season, to just one case in the 2020.2021 season, making last year the season with the lowest data on influenza deaths, since data collection. In 2019.2020 a record of 199 deaths was recorded and the fear is of similar numbers in the coming season.

“Because fortunately we did not have a very active flu season last year, some parents feel that the flu is not a concern,” said Andy Shane, the hospital’s medical director of Infectious Diseases. “I think it’s important to understand that what happened last year was great in that sense, but we may have less immunity.”