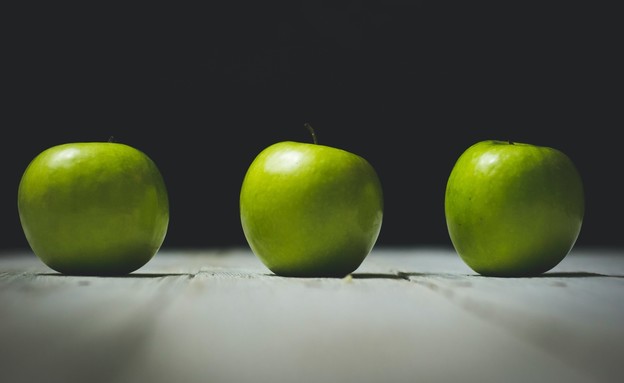 A new study recently published in the scientific journal American Journal of Clinical Nutrition, Examined the effect of eating three apples a day on inflammation, antioxidants and indicators related to cardiovascular health. The researchers examined the data on overweight people who are known to develop chronic inflammation without any visible inflammatory disease. Although it is a low.grade inflammation, a chronic inflammatory condition, even if low.grade, significantly increases the risk of cardiovascular disease.

The researchers wanted to test the effect of consuming apples, which are rich in anti.inflammatory polyphenols, on the chronic inflammatory condition caused by being overweight.

Increase in immunity without drugs and supplements

The researchers took 46 overweight volunteers and randomly divided them into two groups. One group was forbidden to eat apples and the other group was required to eat three apples a day. Both groups were instructed to avoid foods high in polyphenols in the two weeks prior to the start of the study and during the study itself, in order to isolate the effect of the apples. The researchers performed blood tests on volunteers at the beginning of the study and after six weeks of dieting with or without apples.

In addition to the reduction in inflammation indices, which indicate a decrease in the risk of cardiovascular disease, a 9.6% increase in the antioxidant capacity in the blood was observed in the apple.eating group, compared with those who did not eat apples. The researchers emphasize that even without any weight loss, it is possible to significantly reduce the inflammatory indices that, as mentioned, greatly increase the risk of cardiovascular disease.

Many people who treat being overweight as a purely aesthetic problem and do not understand that it is actually a disease. A silent disease that has manifestations in blood tests and may increase the risk of mortality. Beyond the importance of losing weight and reaching a healthy weight, this study shows that even regardless of weight loss, it is important to eat plenty of fruits and vegetables, which are rich in antioxidants and anti.inflammatory molecules, in order to reduce the risk of heart disease. The study illustrates the exact biochemical mechanisms by which herbal compounds, such as polyphenols, help reduce inflammation and thus reduce the risk of cardiovascular disease.

An apple is truly an amazing fruit. Definitely one of the best, but there is no obligation to make sure to eat three apples a day. On one apple a day do not give up under any circumstances and what good is it if you eat two apples a day, but the third fruit can be any other fruit (not dried fruit). Other studies done in the past have shown the great importance in the diversity of diet and consumption of a variety of fruits and vegetables. This is not just the overall amount, but the variety is what determines both the sugar balance, the digestive health and many other parameters.

In addition, of course, do not forget about the vegetables, green leaves and green sprouts, each of which is rich in unique antioxidants and anti.inflammatories that only or mainly contain it.

Dr. Gil Yosef Shachar (M.D) Is the head of the Maimonides Medical Center and will be among the lecturers To participate At the conference “Eat Healthy 12“ To be held on: November 18.19 at the Givatayim Theater