Liver donor to his father: “He did not know what happened, I did not think of anything but him” 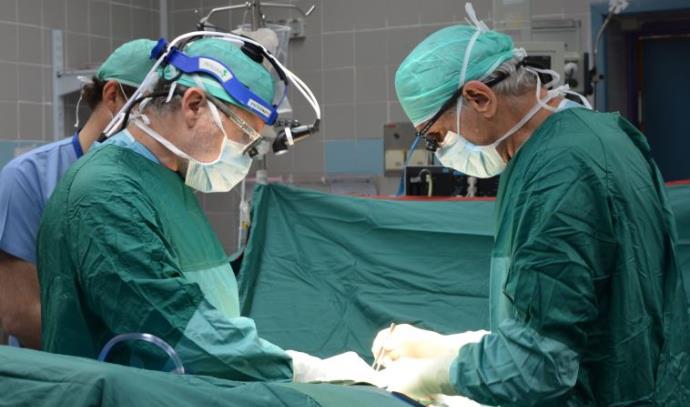 Muhammad Hamasi, who donated a liver lobe to his father, spoke this morning (Wednesday) with Golan Yokfaz and Anat Davidov on 103FM and told of the decision to save his father’s life: “I thought I wanted to save my father and I did not think of anything but my father to live The operation and we will get out of there, God willing. ”

Asked if he thought the donation might harm his health, he replied: “I thought, but I believed in God that I would come out of the surgery with God’s help.”

Along with Hamas, Dr. Eviatar Nesher, director of the transplant department at Beilinson Hospital, also participated in the interview, talking about the fact that from the moment of the decision until the end of the transplant, only eight hours had passed: “It’s crazy, we did not skip any procedure.”

Hamas said of his father’s condition: “Fantastic, he is lying and walking in the ward, but he has a few more days.” On the postoperative session he said: “Great session, he went up to my room, and I said to him ‘thank God I gave you my liver’, he did not know what happened.”