A glimpse into the extreme congestion that hospitals face 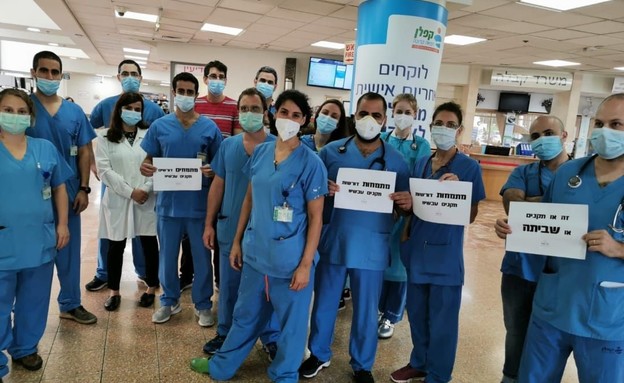 The struggle of interns is at its peak, with in the background on the one hand a decrease in the number of hospitalized in the corona wards and a supposed decrease in workload. What is less seen in the headlines, however, is the return to the hospital routine, the data that perhaps teach the most about the unusual workload faced by hospitals and the long shifts of interns, are the non.emergency surgeries. Hospitals and outpatient medical clinics are at the forefront of the protest of the interns who lament, among other things, the waiting and unreasonable load of patients.

The communications company Omnilatcom, which provides a PBX and Voice Centers service, actually manages the appointment recall system in most hospitals and health funds in the State of Israel. Reports a tens of percent increase in queue reminders that were at a low point with the outbreak of the corona and are now at a new high. Queue recall is considered a reliable measure when it comes to routine workload in hospitals. These are centers that initiate a reminder to anyone who has been assigned an analysis of what is their responsibility and hence the ability to build a reliable dimension.

Getting back to routine creates a load

According to the data, it can be seen that during the period of the first wave of the Corona epidemic (March.April 2020) the load on outpatient clinics was low. This is probably because the patients refrained from visiting the hospitals due to the fear of being infected in Corona and therefore many preferred to postpone the medical treatment until the situation became clear. It can be seen that from May 2020, a gradual increase begins which stabilizes at the high level that was before the outbreak of the corona plague, and later the graph rises and reaches a peak that continues to this day – the days of interns’ protests. According to the company’s data, this is a huge increase of 90 percent.

We are witnessing what is known as a “bottleneck” – a situation where all patients who did not arrive in the first stage of the crisis, arrived in the later period and new patients joined of course, so in fact an unreasonable load is created which affects extreme waiting times, which increases the pressure on medical staff. It is also another catalyst for the interns’ protest.

Roni Shtemler, CEO of Omnitelcom, which operates automated call centers and call centers for most hospitals and HMOs in the country, said that “in the first wave, peaceful closure, we experienced a complete halt in the routine activity of appointment reminders for ambulatory medicine. With the development of the corona and learning to live alongside it we have seen a trend of an increase in the number of these queues, alongside an increased amount of activity in the corona field.

If at the beginning of the epidemic we experienced a high percentage of postponing or canceling appointments, meaning that Israelis set foot, today we see a complete return to routine in terms of the number of appointments and their percentage of approval, in ambulatory medicine. It can be concluded that the results and the significant increase create burdens in the hospitals, which have returned to full function in ambulatory medicine alongside the addition of corona wards. It is clear that the people of Israel have learned to return to routine alongside the corona. “