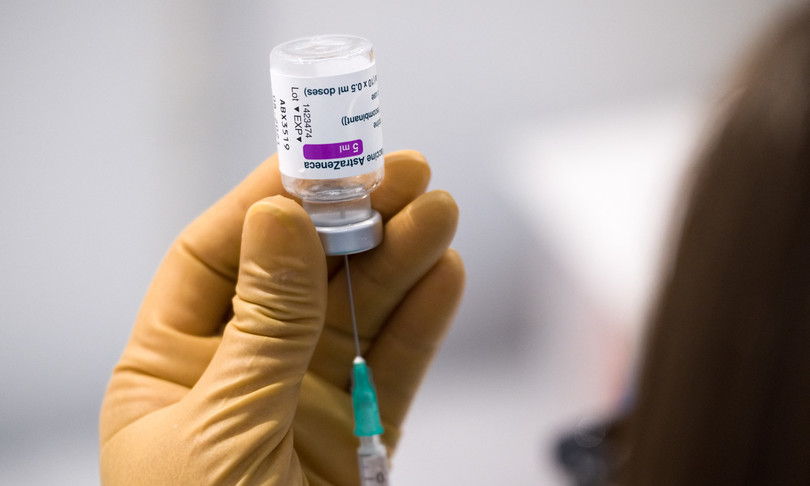 ` – “But what misaligned! First of all, the question is not so clear ”- The councilor for health of the Lazio Region Alessio D’Amato is resolute, regarding the decisions taken by the Ministry of Health on heterologous vaccination, and in an interview with Corriere della Sera specifies: “Lazio does not want to take an alternative path- Also because “we were the first to respond to vaccination plans- We immunize around 64,000 citizens every day ”-

So says D’Amato, “not only have we been consistent with national strategies, but the pace of administration has not slowed down even when appointments were skipped elsewhere due to the spread of fear about thrombosis episodes”- The point, if anything, is that “we want all doubts to be dispelled”, for example on the fact that “the circular of the ministry and the determination of Aifa are conflicting”-

According to the commissioner “the first is peremptory, the second is possible, just read article 2 carefully: it does not exclude that the doctor can decide in science and conscience which type of vaccine to administer using the off label mechanism”, prescription for other not contained in the leaflet-

D’Alessio concludes: “Obligation is a mistake- The most effective way is that of persuasion- We are not in the army where orders must be respected ”and“ the achievement of the goal we have set ourselves, immunizing the population in the shortest possible time, must be put first ”-

“Heterologous vaccination is the best protection”

This is assured by Guido Forni, academic of the Lincei, immunologist at the University of Turin, one of the leading Italian vaccine experts- And the reason is that “it has always been used in animal experiments and guarantees excellent immune responses”, so much so that compared to humans “the immune systems are not so distant, however, flu vaccines work with different doses”, says Forni-

And to the objection that there is no extensive study on the subject, Forni replies: “But there are some with hundreds of very positive casesthe- Then there is a misunderstanding: vaccines are thought to be drugs, so having a second analogue is not valid, but they are exercises for the immune system, so it is better that they take place with different technologies “-

“Whoever leaves the old road for the new one knows what he is leaving, but does not know what he finds”

This is the official position of Nino Cartabellotta, doctor and president of the Gimbe Foundation of Bologna, with respect to the issue concerning the mix or cocktail of anti-Covid vaccines- Who on heterologous vaccination adds: “Not doing AstraZeneca under the age of 60 is acceptable, but there are some problems”

“The circular of the ministry requires an mRna vaccine as a second dose, but the Aifa in the Official Gazette determines the possibility- A joint note from the ministry and Aifa is needed to clarify” while “law 648 provides for informed consent, which decision to the patient– It cannot be the doctor who remains with the match in hand”, Concludes President Gimbe-

“The vaccine is a drug and vaccination is a medical act, it requires an anamnesis”

This is the thought of Guido Rasi, former president of EMA, according to which it follows that “the Open Day must take place according to this assumption“- Therefore “whoever did it with the booking, the medical history and using the AIFA recommendations, did an excellent thing-“

“Those who transformed it into a happening with gatherings, without anamnesis, giving a vaccine that Aifa had not recommended, made a mistake-” And he concludes: “The Italian authorities may have failed in communication, but they are following what Ema has indicated- An infinitesimal risk must be taken when it is logical and it was until 20 days ago- Now it is no longer logical- The question is all here “-