Who are the people with the highest immune defenses? 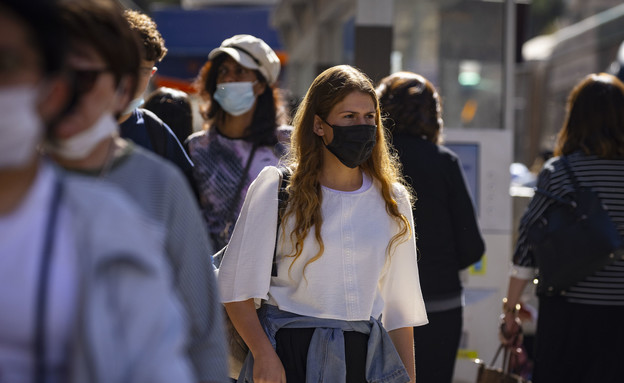 The past week has been characterized by a continuous decline in the number of new infections in Israel, which probably marks the end of the fourth wave. An important part of this decline is credited to the recipients of the booster vaccine – the third dose of the vaccine. In the presentation Published At the beginning of the week, the Ministry of Health presented data that well illustrated the differences in the level of protection given by the vaccine to those who were vaccinated twice or who fell ill and recovered and received the additional dose.

The findings show that the best protection is that of fresh recoverers who have also received a vaccine dose, and the lowest protection among vaccinated people has been documented in veteran vaccinated people who have not received a booster dose. However, the condition of veteran vaccinated people who did not receive a third dose boost is still significantly better than that of those who have not been vaccinated at all, even if the protection afforded to them by the vaccine has waned. Their risk of infection is lower than fully vaccinated and the risk of developing a serious illness is considerably lower. A particularly significant decrease in morbidity was recorded in people over the age of 60, a group in which the rate of recipients of the booster dose is particularly high.

Meanwhile, more and more countries are storing their residents on impulse. In the United States, nine million people have been vaccinated in a third dose, while in the United Kingdom, which has recently approved the distribution of impulse doses, We re-vaccinated Over two million people. Meanwhile, the World Health Organization, which did not encourage impulse doses, Post a recommendation anyway People with immunosuppression receive a third dose. It seems that the consideration here is not necessarily the desire to protect the individual from the corona virus, but an attempt, which is likely doomed to failure, to delay the immunization operation in the third dose so as not to steal vaccine doses that can help citizens of poor countries find it difficult to get vaccinated.

The companies Modern And Johnson & Johnson This week they also submitted the booster dose of their vaccines to the Food and Drug Administration (FDA) for approval. Modern has reduced the dose of the active ingredient in its booster vaccine to half the usual dose, probably due to reports of rare side effects. In the case of Johnson & Johnson this is only a second dose of the vaccine, as it was originally given in a single dose. in both cases The assessments They are that the FDA will not make life easy for them, especially since none of them have “real-world data” on the efficacy and safety of the procedure, but only findings from initial clinical trials – which even Pfizer did not have.

Turns out: mixing vaccines may be helpful

At the beginning of last winter, when the first vaccine shipments began to arrive little by little, quite a few countries found themselves faced with a difficult dilemma: whether to vaccinate their residents according to the protocol set by the manufacturers, which usually included two vaccine doses 4-3 weeks apart, or to profit Between doses to vaccinate more people – or even give them the vaccine available at the time even if they were previously vaccinated with another company’s vaccine. Each country made the decision according to its considerations and in accordance with the vaccine findings in it and the state of spread of the plague in the population at that time.

This week, a study was published that examined the “Mix and match” strategy, in which the vaccinated were given two doses from different manufacturers. The study, which was published in the Medrxiv Medical Archive and has not yet faced the scientific scrutiny of independent colleagues as required, included a clinical trial involving 458 subjects who were vaccinated with a total of nine different combinations of vaccines produced by Pfizer, Modern & Johnson & Johnson. Given a 12-week difference between the first and second dose.

The study shows that the combination of the vaccines of the companies Pfizer and Modernana has led to a slight improvement in the effectiveness of the vaccine compared to the vaccine of Pfizer alone. This is not very surprising, as these are very similar vaccines that use the same technology based on RNA-messenger (mRNA) molecules and their efficacy is similar, with a slight advantage over modernity. In contrast, in people who received vaccines with different technologies, the levels of neutralizing antibodies were higher (up to 76 times) than in the vaccine recipients of Johnson & Johnson alone, but similar to those of the recipients of the Pfizer and Modern vaccines. That is, a dose of mRNA vaccine improves the vaccination performance of Johnson & Johnson but not the other way around.

The Astra-Zenica vaccine has not been tested in this study because it is not approved for use in the United States, but would likely show results similar to those of Johnson & Johnson because of the similarity in their mechanism of action. Vaccines developed in China and Russia have also not been tested. It is important to note that the study only examined antibody levels, not the extent to which vaccines actually protect their recipients, so it is too early to adopt a policy of splitting vaccines in the absence of constraints that require deviation from the official protocol.

CureVac, which also developed an RNA-based vaccine similar to Pfizer and Moderna, Announced This week that it stopped developing the vaccine due to poor results in the clinical trial, which showed only 47 percent efficacy. In the field of drug development, on the other hand, good news was received this week, with the company Astra-Zenika Announced On positive findings in the treatment she is developing against coronary heart disease.

The company, which already distributes a vaccine against the disease, has also developed antibody-based treatment designed to prevent infection of people at risk – for example those living with corona patients – and also to reduce the risk of serious illness when treated within a week of infection. If approved, the treatment will join several other similar antibody-based drugs, such as that of Regeneron.

In addition, some companies are developing antiviral therapy for corona patients. One of them is Merck, which filed this week A new drug For FDA approval. The findings of the clinical trials of Roche and Pfizer, which are also developing antiviral therapies, are expected to be published soon. It is likely that as time goes on, more and more treatments will appear, some of which will be successful and some of which will not, and they will increase the toolbox available to physicians. Combined with a high immunization rate the disease will over time become a normal winter disease, similar to many other respiratory diseases. Most people will not get infected with it, or get it easy, and only a few will suffer from complications and be treated accordingly.

In about two weeks, on October 26, the Food and Drug Administration in the United States is expected to discuss Pfizer’s corona vaccine for young children. It is a vaccine at a lower dose than the adult vaccine, which according to company representatives has been found to be effective and safe in clinical trials. As the FDA has done in the past, the deliberations of the advisory committee will be broadcast live, and will be attended by experts who will not make life easy for the company.

Unlike adults, children infected with corona tend to get the disease easily: without symptoms or with minimal symptoms. However, they have a low risk, of one in 3,000, of developing life-threatening multisystem inflammation. Although the risk for each child is not high, when thousands of children are ill with the disease, it is embodied in real tragedies, such as the one that was actually reported. in the last week. The committee will have to determine, among other things, whether the vaccine is safe for children and whether its rate of side effects is low enough compared to the complications of the disease at a young age.