Due to fear of myocarditis: FDA delays modernizing Corona’s vaccine against teens 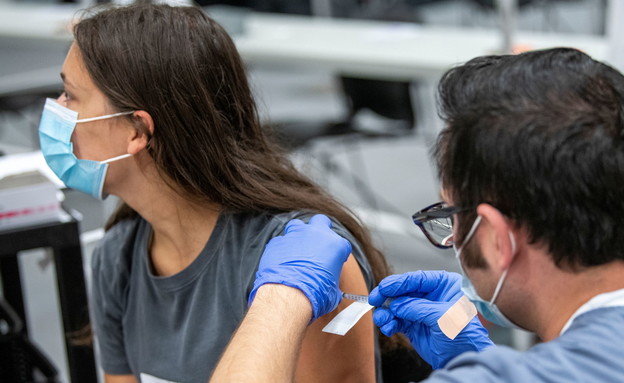 Delay in granting Moderna vaccine to teens: Involved sources told the Wall Street Journal this evening (Friday) that the FDA has decided to delay the approval of the Moderna vaccine for ages 12 to 17. The U.S. administration began examining the issue last week after in Finland , Sweden, Denmark and Norway have stopped giving the vaccine to teenagers due to fears of an increased risk of a side effect of myocarditis.

The people who spoke with the American magazine noted that so far the regulators have not determined whether there is indeed an increased risk in giving the vaccine. According to them, the delay may last for a few more weeks – but it is still not entirely clear. At this time, the FDA is expected to examine additional data regarding the effects of the vaccine on young people.

Modera’s chief medical officer, Paul Burton, responded that FDA data on vaccines among 18- to 25-year-olds do not indicate a significant difference in the risk of developing myocarditis between Moderna and Pfizer. He added that in his opinion “people can be sure that the risk of myocarditis with mRNA vaccine is low, and it seems to be balanced between the different products”.
“The advantages outweigh the disadvantages”

The company’s CEO, Stephen Bensel, said in an interview this week that the benefits of the vaccine the company has developed, including “its long-term strong defense,” outweigh the risks. “Some countries want to be ultra-conservative,” he said. “I saw that I would feel comfortable with every member of my family, who is a young male, who receives the vaccine.”

According to sources who spoke to the Wall Street Journal, the fear of myocarditis is the last hurdle facing modernity. The Pfizer vaccine, which is also used in Israel, remains intact and American parents who want to vaccinate their children can use it. The Wall Street Journal notes that given the circumstances, Pfizer’s vaccine may be a favorite for adults and young people alike.