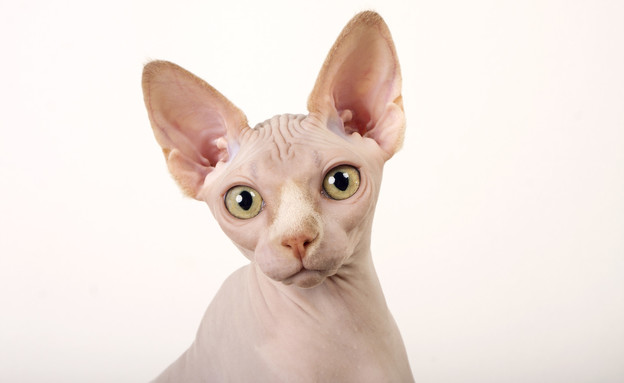 Let’s face it: our hair is an important part of the overall look. Like it or not, it is likely that at some point some of us will have to deal with a scalp appearance that is slowly becoming more exposed. In fact, about half of men in Israel suffer from this problem, which begins to bother them as early as their twenties. And not just men. About 40 percent of women in the country suffer from some baldness, which is usually manifested in thinning hair.

Especially on the occasion of International Balding Day (yes, there is such a thing as it turns out), we have compiled for you some common opinions about hair loss and baldness. Prof. Avner Shemer, a senior dermatologist at Sheba Tel Hashomer, helped to sort them out and explain which ones are correct and which are less.

Genetics can affect our chances of suffering from baldness. This phenomenon may be inherited from the father, but also from our mother. Simply put – if one of your parents is balding or has thinning hair, there is a good chance that you too will suffer from it to one degree or another.

Although, compared to men, women are to some extent protected by the hormone estrogen which prevents them from balding completely, the phenomenon of baldness certainly does not go unnoticed either, and it increases around menopause when the level of estrogen decreases naturally. Genetics of baldness By the way, female pattern baldness is different from that of men and it is usually expressed in a decrease in volume or hair density and not in complete baldness.

It turns out that the inverted postures used during the exercise improve the blood flow to the scalp, which nourishes it and helps prevent hair loss. The calmness of the practice also contributes to the reduction of stress, which is also known as a known factor that may encourage the phenomenon. However, significant studies are still needed to prove this claim.

4. There is no connection between a haircut and hair loss that leads to baldness

Contrary to popular belief, the cutting action does not strengthen the hair roots.

5. The baldness phenomenon can be delayed

An over-the-counter drug containing “minoxidil” for example, has been researched to be effective in treating hair loss and baldness of the hereditary type in men and women. This is a solution intended for spraying on the scalp and persistence in use will slow down the hair loss and sometimes only the growth of the scalp hair. Also, there are medications for the treatment of shedding that are given by prescription only.

6. It is important that ice be applied to the baldness sunscreen

While hair hides baldness and reduces direct sun exposure, baldness requires the use of sunscreen, just as any other area exposed to sunlight needs it. Instead of being ashamed, stock up on quality cream and apply it with pleasure on your head. Remember that if you do not keep it, no one will do it for you. And between us, baldness adorned with sunspots is – how to say, less graceful.

7. Animals can also suffer from baldness

It turns out that humans are not the only ones suffering from the problem, which can be caused due to seasonal changes, various genetic mutations or parasites. This slightly bizarre phenomenon can occur in chimpanzees, bear mice, and some of them are simply born that way – like the Sphinx cat for example – a particular breed of cat born without fur.

There are only a few research papers that address that a scalp massage can indeed help reduce the phenomenon of hair loss. However, Prof. Shemer points out that further research is needed to confirm this finding.

* The content on this article does not constitute a professional opinion, recommendation, substitute for consulting a specialist or receiving medical advice.