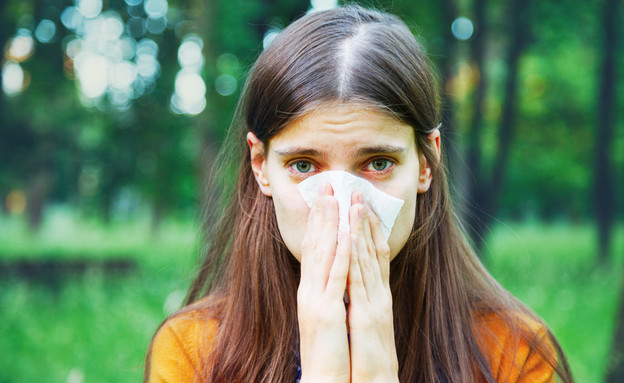 Autumn is here and it’s time to get ready for the cold season ahead. Although the Israeli weather does not pretend to make it too difficult for us, and unlike harsh and uncompromising countries, the winter here is relatively environmentally friendly, but one of the symptoms that has already burst into our lives during the transition season is the ‘runny nose’. Sometimes it just bothers us but sometimes it can tell us about diseases and infections that require our attention.

Transparent rhinitis is usually due to an allergy or viral illness that goes away on its own after a few days.

In cases of allergies there may be additional symptoms such as itching sensations in the nose and eyes, sneezing and more. The allergies are very common in the transition seasons due to pollen grains being released into the air space. If necessary, sprays that reduce allergic sensitivity can be used.

White rhinitis usually results from a nasal congestion that produces blockages in the ducts which affects the color of the rhinitis. This could be a sign of an approaching cold or a temporary load that Otto will pass. In any case it is advisable to take extra care and beware of excessive exposure to cold and enclosed spaces that encourage infection.

The yellow color is formed in cases of virus or infection in the body. The white blood cells in the body kill the bacteria, and after they have finished their function they are thrown out and excreted through the nose. Which means that in general yellow runny nose is a good sign that the body is working properly.

The color green means that the immune system works hard to fight the infection, the runny nose becomes thick and dark because of the amount of white blood cells that fight the bacteria. This is not a cause for immediate concern but it is important to pay attention. If it lasts for more than a few days, it may be sinusitis and antibiotic treatment is required.

This happens when there is blood in the runny nose, usually as a result of damage to the capillaries located along the entire nasal area. Cases of rhinitis blood can occur for several reasons. First of all it is important to note that you do not pull the nose too hard and cause internal injury, or alternatively if you received a strong blow to the nose, it can produce internal flushing. Pregnant women may experience rhinitis mixed with blood due to an increase in blood volume or swollen nasal passages as a result of hormonal changes.

When should you go to the doctor?

How to prevent bleeding from the nose? Adding moisture to the air using a humidifier. Awareness of gentle breathing through the nose and applying a suitable ointment like Vaseline on the nasal passages

Black rhinitis is not common so if this happens it is important to pay attention. Dark rhinitis can be a sign of a serious fungal infection, there are different types of sinus infections that can cause an infection, especially in people with a weak immune system. In addition, smokers or those who take drugs may have black discharge.

The runny nose is secreted through the nose naturally to protect the penetration of bacteria into the airways. In cases of infections, an inflammatory response of the immune system can occur which is manifested, among other things, in the overproduction of rhinitis. In this case the runny nose consists of inflammatory cells that cause it to be thicker and get darker shades. It is important to remember that in most cases rhinitis is not indicative of disease and there are various reasons for the appearance of rhinitis ranging from colds, allergies (in the transition seasons in many cases) and exposure to pollutants in the air.