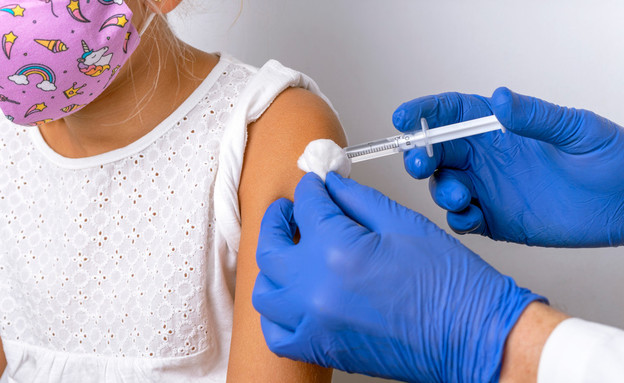 Pfizer had already filed a preliminary application to the FDA late last month for emergency approval of corona vaccines for children ages 5-12. The discussions are expected to take place soon and a decision may be made as early as the next two months. Along with the decline of the fourth wave in the country and a careful return to routine, we must not forget that the virus is still here and as we have seen in the last wave – in the end only vaccines can defeat the virus.

“As long as the global immunization rate does not increase significantly, we will continue to see the transmission of the disease,” says Prof. Nadav Davidovich, chairman of the Association of Public Health Physicians. The range is becoming clearer. Of course, in addition to vaccines, various tools of prevention and coping must be combined – including dealing with the social, psychological and social effects of the pandemic; While strengthening the health systems. ”

What is the expected length of time from the moment the vaccine is approved for children by the FDA Until we see an extensive vaccination campaign in Israel?

“Over the next few weeks, discussions are expected to take place at the FDA. After questions are approved about the vaccine for children under 12, discussions will begin in Israel.

This decision depends, of course, on data presented by the FDA, with an emphasis on the safety and efficacy of vaccines, but also on other parameters, such as the disease state in Israel and the epidemiological data relevant to Israel. If it is indeed decided to carry out vaccinations for children, it will of course be necessary to examine the logistical conduct as well – where and by whom the vaccinations will be given. I assume that such a process is expected to take at least a few weeks. ”

Do you think that Israel will once again lead the world in the field of vaccines, just as we did with the adult vaccines?

“This is a theoretical question that is difficult to answer at this stage. I believe we have all the tools and infrastructure to set an example to the world, assuming that children’s vaccines do appear to be effective and safe. The state, and that is our main goal. ”

What type of approval are the vaccines expected to receive at this stage?

“I assume that in the first instance an emergency permit will be obtained, as received in favor of the adult vaccines in the beginning. Only after a period of several months that will include extensive monitoring of the vaccine’s effectiveness and side effects in ‘field conditions’ is official approval possible.”

What can you say to parents who are undecided, especially now in the face of the decline in the current wave? Is the benefit of the vaccine really clear in this case?

“I do not think there is any point in dealing with this question as long as we do not have clear data that actually indicate the effectiveness and safety of the vaccine for children. We will have to wait for data from the FDA and Pfizer and only then can we be smarter. Age 12, I think the benefit is definitely great.

It should be remembered that although cases of severe morbidity in children are rare, they do exist – both at the short-term level of the disease and when talking about long-term effects. Beyond that, the larger the share of the vaccinated population, the more significant the entire public receives protection. In practice, this allows for greater security when opening up the education system and preventing general morbidity. But again, one has to wait for the data. I’m definitely looking forward to it. ”

“Things need to be seriously considered before deciding to vaccinate children”

It is important to note that despite various assessments, it is not yet known what the committee’s conclusions will be and all options are still on the table. “Vaccination of children is a particularly sensitive issue, and I think a special precaution should be taken,” says Prof. Cyril Cohen, head of the immunotherapy laboratory at Bar Ilan University. “On the one hand, both in Israel and around the world, unfortunate cases have been documented of children who died of corona or of a serious illness and of PIMS. On the other hand, these are relatively rare cases compared to adults who are several times more likely to have a serious illness and death.

Therefore, before deciding on a comprehensive vaccination campaign, one must be sure that the benefit of the vaccines does outweigh the cost – if any. At this point, I think we need to be extra careful about the matter and wait for the findings. ”

Do you understand parents who are afraid to be vaccinated?

“I certainly understand the concern. At this point the clinical trial was done on a sample of a few thousand. Therefore, it seems likely to me that some parents will want to wait some more time to get a broader picture that also reflects rare side effects. We have already learned that vaccines have helped save humanity “From various epidemics, but I think things should be seriously considered on the basis of scientific and medical information, before deciding to vaccinate children.”