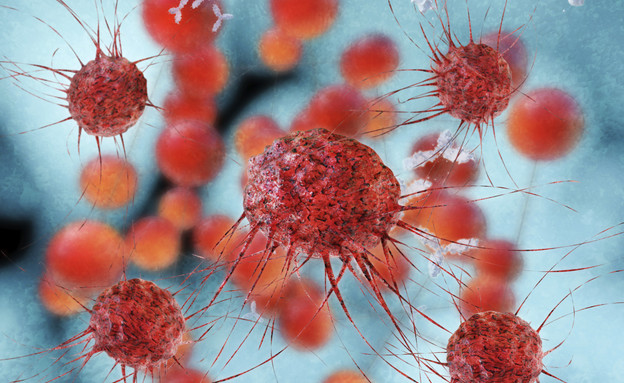 Malignancies, such as breast cancer, often recruit neighboring cells and use them to grow or spread. Researchers from the Technion and the Hebrew University have developed a way to deliver an anesthetic drug to nerve cells that serve the tumor. The substance impairs their activity, and thus manages to reduce the number of cancerous metastases that have spread in the bodies of sick mice.

Not all cells in cancerous tumors and their immediate environment are part of the cancerous tissue itself. Alongside the tumor cells are other cells of the body that affect it – some are made Stimulate the cancer cells, and after all Anesthetize them. For example, tumors can contain blood vessels and lymph that carry oxygen and nutrients and eliminate waste, immune system cells that remove dead cells, connective tissue cells that physically support cancer cells, and even germs.

In the last decade it has become clear that certain tumors are also present Nerve cells, which contribute to their prosperity. In the new study, the researchers used nanoparticles to deliver an anesthetic to nerve cells in the growth of breast cancer, thus impairing the growth of malignant cells and their ability to metastasize in the bodies of mice.

The study was led by research student Maya Kadouri from Avi Schroeder’s laboratory at the Technion, along with other researchers from Yosef Boganim’s laboratory and research group at the Hebrew University. Her hypothesis was that targeted delivery of a drug to the nerve cells in a tumor using nanoparticles would impair their ability to support the cancer cells, thus preventing the tumor from expanding or metastasizing. The study Published in the journal Science Advances.

The drug chosen for this purpose is Bupivacaine, which is usually used for local anesthesia. The drug was packaged by researchers inside nanoparticles made of fatty molecules, similar to the way the active ingredient is packaged in RNA vaccines. Against corona viruses.

First, the researchers tested in cell cultures what is the best concentration of the drug and the most appropriate fatty shell to damage nerve cells. We then examined the effect of the drug packaged in the lipid envelope on breast cancer cells grown in culture with neurons. First, it was found that in the absence of the drug, the tumor encouraged the nerve cells to grow and form a branch at their ends, so that more neural connections would be formed between them, and also between them and the cancer cells. In addition, the nerve cells released neurotransmitters – molecules of intercellular communication – that encouraged the growth of cancer cells. Breast cancer cells grown in culture with neurons divided twice as much as cancer cells grown alone, migrated to a greater distance and survived severe starvation up to 4.4 times more than cells grown without partnership with neurons.

These findings led the researchers to examine the effect of the drug in mice that mimic a tumor of breast cancer. The researchers injected cancer cells into the breasts of mice to create a tumor there. Examination under a microscope found that there were indeed nerve cells in the tumor. The mice, which are packaged in nanoparticles, were then injected into the mice and examined a month later how the tumor developed and whether it metastasized. The researchers compared four groups of mice: untreated, with high or low concentration of bufivocaine, or with the nanoparticulate chemotherapy drug doxorubicin.

The researchers found that the growth rate of the cancerous tumor was quadrupled in mice that received the experimental drug in high concentration compared to those that received low concentration or were not treated at all. The slowdown was similar to that caused by the chemotherapy drug. In addition the mice receiving the drugs suffered from 4-3 fewer healthy cancer metastases compared to untreated mice. The experiment also showed slightly fewer brain and bone marrow metastases of the recipients of the drug treatments, but the difference from the control group was not statistically significant.

The findings of the study therefore showed that the anesthetic drug, which is packaged in a fatty shell, damages the nerve cells in the tumor, so that it may allow further potential treatment for cancer. Because many cancers do not respond to some of the drugs, or develop resistance to them, the existence of another drug that actually works against cells that support cancer cells may be appropriate for treating patients in such a condition. However, it should be borne in mind that these are still early experiments performed on mice, and the efficacy and safety of treatment for mice and subsequently for humans should be further investigated, so that there is still a long way to go before the development of a commercial drug.