The foods that will make you age faster 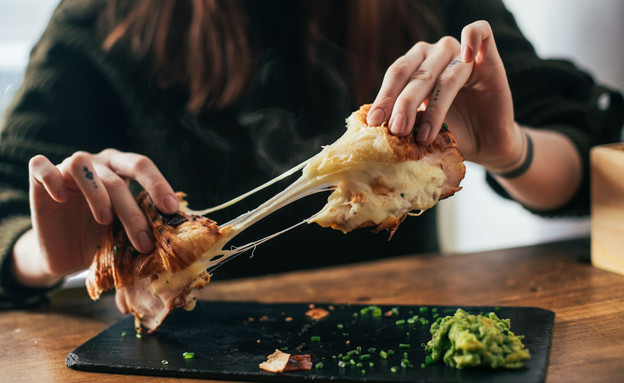 Contrary to what many may think, the body does not just age with age. In fact, the rate of aging is largely influenced by the lifestyle you lead. Diet, physical activity, smoking, alcohol consumption, exposure to the sun and environmental damage – all affect the rate of your aging and can cause your body to be biologically older than your chronological age.It is known that nutrition greatly affects your general health – and it can also affect the appearance of your skin (yes, there are foods that will make you wrinkles), your teeth and the rest of your body. So what foods can accelerate aging? Quite a lot, but the good news is that you can find healthier and equally tasty alternatives, or simply consume them in moderation.

If you tend to consume a lot of processed meat, such as hamburgers, sausages and salami of all kinds – you should stop, or at least moderate your consumption. Processed meat contains preservatives that produce free radicals in the body. Free radicals damage the body’s cells and DNA and studies have found that this may lead not only to accelerated aging – but also to cancer.

Sorry to be party-poppers, we all love sugar – but unfortunately it can cause wrinkles to appear. Like other foods on the list, processed sugar is generally considered unhealthy. And foods that are harmful to our body often also contribute to the acceleration of its aging. Sugar is harmful to collagen and elastin, which are important for maintaining healthy and supple skin. Try to reduce as much as possible the consumption of sugar, especially processed sugar.

Fried food contains a lot of oil and grease that has been exposed to extremely high temperatures. This condition causes the formation of free radicals, which largely contribute to the aging of the body and the development of various diseases. Trans fat, found in fried foods, including potato chips, stimulates the production of interleukin 6 in the body. It is a small protein molecule whose presence in the body indicates inflammation and has also been found to be associated with aging.

Similar to processed meat, alcohol in large quantities can also release free radicals, which damage the body’s cells and contribute to accelerated aging. In addition, alcohol reduces the stores of the vitamin A in the liver vitamin A It is a strong antioxidant that is important for cell regeneration in the skin. Alcohol combined with sugary drinks is even more harmful, since sugar also contributes to accelerated aging. So avoid cocktails and if you fancy an alcoholic drink, prefer wine, champagne or vodka, which are without added sugar. Just try to consume in moderation and not make it a daily habit.

It is impossible to live without salt, but considering the fact that the average Israeli consumes 2 times more salt than the recommended amount per day, it might be worth underestimating its consumption. Sodium (the main ingredient in salt) can cause fluid retention in the body, which can lead to swelling and a tired-looking skin. In addition to this, food rich in salt can lead to dehydration, which is harmful to the skin and even some studies have shown that it may also contribute to accelerated aging of the DNA.

Carbohydrate and sugar are actually different names for the same compound. Simple carbohydrates are the least recommended type, as they mainly consist of glucose, that is, sugar. And as mentioned, sugar harms the body and will cause accelerated aging. If you’ve suffered from acne in the past, you’ve probably noticed that after eating a big plate of pasta, you got acne on your face. This is because sugars cause inflammation which leads to acne breakouts. Complex carbohydrates (like whole wheat) are considered better, although they also contain glucose.

Agave syrup is a sweetener that is considered by many to be a healthier option than white sugar. But it turns out that agave contains quite a bit of fructose, which not only turns into fat when it reaches the liver – but also causes the breakdown of collagen, which can definitely damage the elasticity of the skin and contribute to the appearance of wrinkles.

Let’s start with the fact that, in general, energy drinks are considered very unhealthy and it is not recommended to consume them. They contain a significant amount of sugar and are also acidic, which can lead to a lot of damage to the teeth, including stains, which will make your smile look less youthful and bright. In addition, they contain a large amount of caffeine and sodium, which can cause dehydration (especially if you consume a lot of energy drinks). Dryness is one of the significant causes of the appearance of wrinkles in the skin, so it is important to drink mostly water – and a lot of it.

One thought on “The foods that will make you age faster”