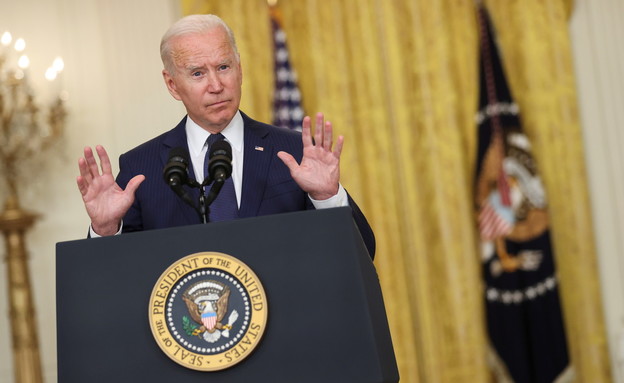 The White House announced yesterday (Wednesday) a detailed plan to distribute corona vaccines to children as soon as approval is obtained from the FDA. As you may recall, Pfizer filed an official request earlier this month to approve the children’s vaccines. The first FDA hearing will be held on October 26 (next Tuesday) and the CDC Advisory Committee on Vaccines will convene the following week, November 2 and 3.

According to estimates by the Biden administration, the vaccination campaign for children could begin as early as the first week of November. There are about 28 million children in the U.S. between the ages of 5 and 11, and White House officials quoted in the American media say enough doses have been purchased to vaccinate every child in this age group. The vaccine will be distributed in smaller doses and with thin needles.

At a press briefing, Corona White House spokesman Jeff Zintz was asked if the announcement of child vaccination plans might put pressure on the FDA, but he said they had learned a lesson from the previous time, so were not prepared at first. “This is the right way to do things, to be operationally prepared. Children have different needs than adults and our operational planning is geared towards these specific needs, including vaccinations in settings that parents and children know and trust.”

A crucial meeting in early November

Under the program, more than 25,000 pediatricians have already signed up for the program and tens of thousands of pharmacies across the country will provide the vaccines. The White House had already begun building infrastructure with various states earlier this month and complements across the state were required to enroll pediatricians and other providers for vaccination programs so they could begin conducting the operation once it is approved. According to officials, many children will also be able to get vaccinated in schools. The administration will provide full funding to countries that will launch immunization sites and provide transportation to community immunization sites. These vaccines will be given in 2 doses of 10 micrograms, one-third of the dose used for adolescents and adults.

And what is expected in Israel? The Ministry of Health has not yet officially responded to the plan unveiled by the White House.