Suffering from Long Covid? The question is not only if, but which 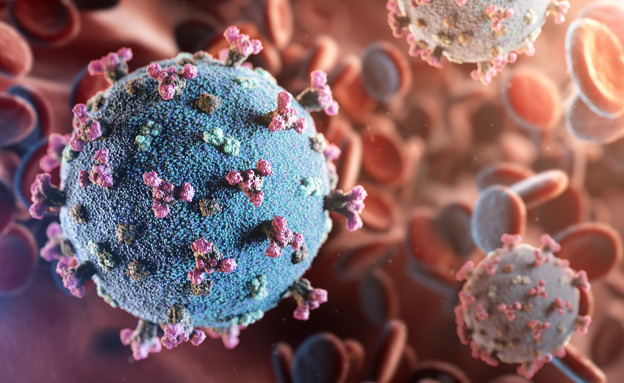 A new study conducted by researchers from the University of King’s College London, found that the symptoms of long covid, the prolonged health problems that appear after contracting corona, can be divided into three main types. These kinds of insights, they say, may make it possible to start treating the problem in a personalized way.The first group suffers from respiratory symptoms – chest pains, shortness of breath, and sometimes damage to the lung tissue is evident. These are mostly (but not always) the patients who were affected at the beginning of the epidemic, from the classic Wuhan variant, i.e. those who got sick mainly in 2020.

The second group mainly suffers from neurological symptoms: fatigue, confusion, “brain fog” and headache, these are mainly the patients from the alpha and delta wave (those who fell ill during the end of 2020 – and the first half of 2021).

A third group suffers from symptoms such as heart arrhythmia, muscle pain and changes in hair and skin. These symptoms appear in those who have had all the variants.

The Central Bureau of Statistics in Great Britain found that 2 million people in the country, out of 67 million inhabitants, report that they suffer from Long Covid. Of these, about 826,000 already fell ill about a year ago, meaning they suffer from a very long covid, caused by the first variants of the epidemic.

Although the corona was more deadly for men, Long Covid is more common in women. The phenomenon also appears more in poorer people, in those who suffer from other medical problems, and in people who continued to work with people during the epidemic, that is, welfare workers, teachers and doctors.

An article published in Science recently, mapped three possible theories regarding the mechanisms that may be responsible for the long covid phenomena. The article described the research of Dr. Danilo Bonsanso from Gemelli Hospital in Italy, who mainly treated children who, after a mild infection with Corona, suffered from breathing problems and fatigue. He estimates that in some of them, there is an increased tendency for the formation of small blood clots, in a way that affects the blood flow in all of their organs The body. Bonsanso’s studies showed in imaging images, certain areas of the body of those children, to which the blood flow is reduced.

Another theory is that in some cases, the virus is not completely cleared from the system. In moments of weakness, he attacks again and again.

A third theory is that the immune system that fought Corona does not completely recover. It produces antibodies that are relevant to fighting the disease, but after the disease is already over, their activity is not essential and even harmful. Studies conducted at the University of New South Wales in Australia showed anomalies in the immune system even eight months after the first infection with Corona. There may be a connection between the second and third theories – the immune system does not calm down because it is still fighting the remnants of the virus. It may be that this immune activity affects blood clotting.

There is no clear overlap between the types of long covid described in the first study and the possible causes of the phenomenon as described in the article in Science, and this only shows that the road to long covid research is still long and complex.

One thought on “Suffering from Long Covid? The question is not only if, but which”