Inflammation that affects children who have recovered from corona 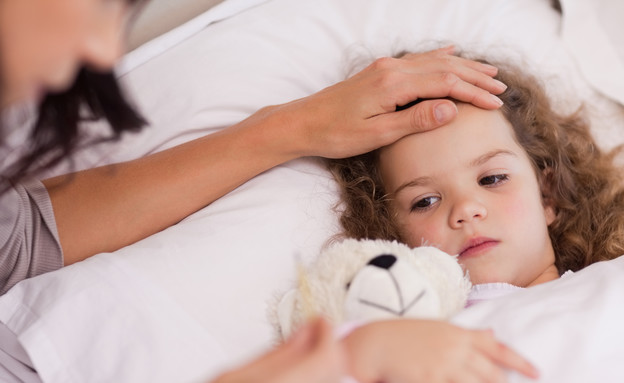 In a few weeks, the FDA should decide whether to recommend vaccinating children aged 5-12 as well. The US is already preparing and this week and according to the publications it has purchased millions of vaccines for children to start and vaccinate as soon as the approval is received, if received. .

Although the corona is usually not dangerous to the children and is usually accompanied by mild symptoms (if any), it can be accompanied by disturbing complications that sometimes appear even weeks after the child recovers. One of the most stressful complications is PIMS syndrome, which has only recently led to the hospitalization of several children, and even the death of a 16-year-old boy who has not been vaccinated.

“This is a multi-systemic infection, which occurs in children who have recovered from corona, usually between 6-8 weeks after recovery,” explains Dr. Dov Tchernin, a pediatrician and director of a clinic at Clalit Health Fund in the Sharon-Shomron district, and clarifies that this is not a disease. Directly by the virus. “In fact, it is an overreaction of the whole body system, which instead of healing continues to act in an inflammatory manner, which can cause severe damage to the child’s body, including damage to the heart muscle and blood vessels around it. In particularly severe cases, this condition can even lead to death.” According to him, the syndrome can affect boys and girls aged 5-12, especially ages 5-8.

The symptoms are worth knowing

The good news is that this is a rare syndrome. To date, out of about half a million children who have fallen ill in Corona in the country, only about a hundred children have been affected by it. In addition, when timely treatment is given, in most cases the chance of recovery is high, hence the importance of early diagnosis. Dr. Tchernin notes a number of symptoms that are typical of the syndrome, and suggests that every parent be aware of them, in order to arrive on time for treatment and thus prevent a dangerous deterioration in the child’s condition:

Despite this, Dr. Tchernin seeks to clarify that not every appearance of these symptoms is necessarily indicative of the syndrome: In Corona and recovered. One of the most important rules to me in this regard, is to monitor high fever / vomiting that does not pass within two to three days. In such a situation I recommend contacting a doctor to consult and rule out a chance for the syndrome. “Even if the child does not have a fever, but the rest of the symptoms appear and last beyond two or three days, it is important to consult.”

So far it is not clear what causes the onset of inflammation in a certain part of the children, and therefore it is also not possible to predict it. According to Dr. Tchernin, the usual treatment for the syndrome is supportive care that treats the specific problems the child is suffering from, along with an attempt to suppress the increased inflammatory response through various anti-inflammatory drugs.

“It should be remembered that as long as children are not vaccinated against corona, they are prone to complications of the disease, so even if it is a rare syndrome like PIMS It is still very dangerous and it is advisable to avoid infection as much as possible, “says Dr. Tchernin in conclusion, who on this occasion recommends that parents vaccinate their children against influenza, a viral virus that is common in the winter and can cause fever and complications such as pneumonia.