The death toll from Corona continues to rise 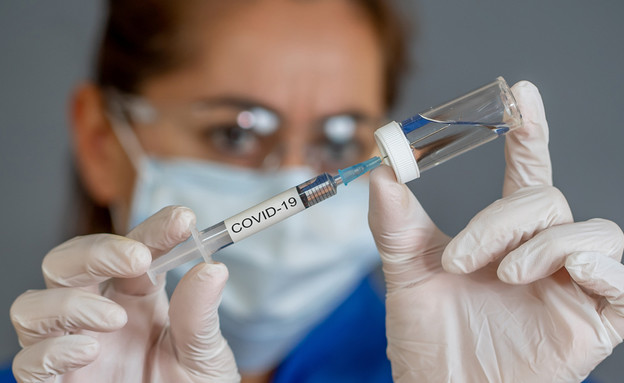 The week opened with bad news. The official death toll from Corona in 2021 Passed their number in the whole of 2020. Last year, about 1.88 million people died from Corona, according to official data, and since the beginning of the year, 1.884 million people have died from Corona worldwide. The finger of blame is mainly pointed at the contagious variants that have emerged in recent months, and especially the Delta variant, which has spread from India to the entire world.

Nearly 2.5 billion vaccine doses have been given worldwide to date, of which nearly a billion are in China alone. Many countries vaccinate their residents with all kinds of vaccines they can get. Some U.S. states have already reached the ambitious target set by President Joe Biden ahead of U.S. Independence Day in early July and vaccinated 70 percent of their adult population with at least one vaccine dose. This week New York marked the arrival of the standard in fireworks displays and the subsequent removal of restrictions.

In the UK, however, the situation is not simple. Recently, there has been a decline in morbidity rates in the alpha (British) variant, which the existing vaccines protect well against, and an increase in the prevalence of the variant variant that is less effective against it. However, although the rate of morbidity there has risen again to about 9,000 verified patients per day, the increase in the number of hospitalized and dead is much more moderate. One explanation for this may be the relatively high rate of infection recorded among young people – a population whose vaccination rate is still relatively low but less likely to suffer from the complications of the disease. Another explanation is that in the UK there are many vaccinated who have received only one dose and therefore enjoy partial protection.

Two studies published this week that help understand the situation in the United Kingdom. In the first study, published in the medical journal The Lancet, the researchers showed that the Delta variant is indeed more common in young people, but the two-dose vaccine is effective against it. The second study, which has not yet been peer-reviewed as usual, examined the effectiveness of vaccines given in the UK – by Pfizer and Astra-Zenica – against both variants. It was found that in Pfizer vaccinated there is no significant difference between the first and second dose in preventing hospitalization, that is, the proportion who need hospitalization among those infected is similar in those vaccinated in one dose. The overall protection stands at close to 95 percent in those vaccinated with two doses. In contrast, the risk of hospitalization in Astra-Zenka vaccines is higher if they received only one dose.

Because the UK has adopted a unique strategy, which has spaced the length of time between doses to allow as many people as possible to be vaccinated in at least one dose, many of its residents are still waiting to receive their second vaccine dose. Both of these studies necessitate the possibility that despite the current low morbidity in Israel, there is also a risk of outbreaks of an infectious variant, and that it will also harm the unvaccinated population, ie children and adolescents.

Meanwhile the Seychelles are having a hard time overcoming The new outbreak Of the corona in the country, despite the high immunization rates. This is because of the low efficacy of the Chinese vaccines used, especially against the Delta variant. The Persian Gulf is also seeing a resurgence, and the comparison between neighboring countries is particularly interesting. In Qatar they used mainly Pfizer vaccines and indeed it is considered a nice takeover of the disease state. In the UAE, on the other hand, we vaccinated mainly with a vaccine from the Chinese company Sinopharm, which is based on a killed virus, and there we see A serious outbreak, which even motivated the Israeli Foreign Ministry to advertise travel warning.

In Chile, the situation is similar – the immunization rate is high and stands at 61 percent of the population who were vaccinated with one dose and 47 percent who received two doses, but this is a SinoPharm vaccine. Indeed, there is now an increase in morbidity, which is being followed Restrictions were imposed On the residents of the capital Santiago.

What about China itself? The East Asian power may be the world champion in vaccines, but its hundreds of millions of vaccinated have received only the vaccines produced by local companies, whose effectiveness is questionable, and it is not certain that it will be able to prevent new outbreaks. The Chinese government is not transparent, so we can not know what the real morbidity situation is there. However, it is hard to believe that it has no patients at all, as official reports say, and indeed unofficial sources have recently told Outbreaks In some cities in China.

A new player in the arena

There seems to be another vaccine on the way, this time from the American company Novavax. This is a vaccine of the type called “recombinant”. It contains parts of the viral protein “Spike” – the same protein that gives the virus its prickly shape and allows it to penetrate into human cells. The company Published this week in a press release The findings of the third phase of the clinical trials, conducted on about 29,000 volunteers in the United States and Mexico.

Already in January the company Has published interim results of the clinical trial Which she did in the UK and South Africa. The data from the UK were good, but in South Africa they remained fairly mediocre. This is because the protection afforded by the vaccine against the beta (South African) variant was lower. On the plus side, this variant is not particularly common now outside of Africa, after competing viruses have pushed its feet.

The findings Nova-Wax published this week show very good protection for the vaccinated: 90.4 percent protection from the disease and complete protection (100 percent) from serious illness. However, even here it is not clear how relevant they are to the leading variants, and especially to the Delta variant that is currently raging in the world. These details will surely be revealed in the coming months when the vaccine will stand the test of reality. The vaccine will soon be submitted for emergency approval by the US Food and Drug Administration (FDA), as its leading competitors have already done.

In previous weeks we have reported concern about the side effect of myocarditis in young men after receiving the second dose of Pfizer vaccine. American Heart Association Recommends continuing to vaccinate Anyone who can get vaccinated, including young people and adolescents, because the risks from the disease are still greater than the potential risks from the vaccine. Tomorrow (June 18) is expected to take place discussion The Centers for Disease Control and Prevention in the United States (CDC) will analyze the findings of the four million teens vaccinated in recent weeks, of which more than two million received the second dose. There is no doubt that the whole world will be closely following the discussion, because the findings that will be presented and the conclusions that will be drawn from them are of great importance in deciding under what conditions the young population should be vaccinated.

Finally, Japan is gearing up for next month’s Olympics. The morbidity in Japan seems to be there On a downward trend (About 1,400 patients are verified per day), but it may well rise again due to the slow vaccination rate in the country, where less than 15 percent of residents are vaccinated with at least one dose. Article Recently published, but has not yet undergone peer review, predicts an increase in morbidity in the Variant Delta ahead of the start of the world’s largest sporting event. Hopefully the forecast will be false and we will get to watch the games.