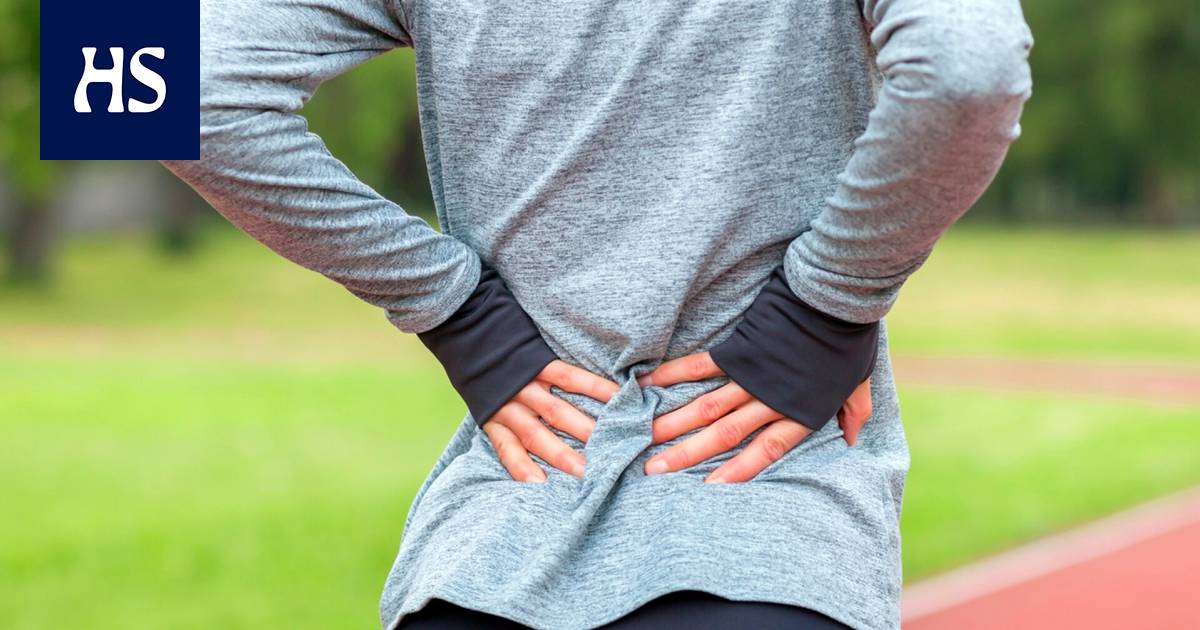 Correct information about pain and restoring the ability to visualize the body improved the patients’ well-being on almost all measures more than the plausible placebo treatment.

Chronic lower back pain is alleviated and the quality of life is improved by exercising the communication between the brain and the back and reducing the patient’s fear, an extensive study showed in a prestigious In the scientific journal Jama.

According to the current understanding, chronic pain is usually no longer caused by damage in the body, such as a disc or muscles, but pain and its avoidance have caused changes in the central nervous system. The pain control system and the perception of the body are disturbed.

Treatment focused on correcting these disorders is also given in Finland, for example, to chronic hand pain.

Read more: There was no reason for the excruciating pain, and it was to destroy Annika Lehtinen’s life – now her brain is being told that the pain is pointless

“When the back cannot be moved due to pain and fear, the brain loses control. We are trying to get it back,” he sums up Hanu Luomajoki researched treatment program idea.

Luomajoki works as a professor of physiotherapy in Zurich, Switzerland. In 2014, he conducted a similar small study with 28 patients with good results. Now he participated carried out in Sydney, Australia for the design of a large study of 276 patients.

Treatment According to Luomajoki, it is not easy to demonstrate effectiveness. Often, the research settings have been too one-sided and no difference to the placebo group has emerged.

Even now, the pain experienced by the patients was alleviated on a ten-point scale by only one notch more than in patients who received placebo treatment.

“This is the first big study in which three areas of treatment have been combined, and now the results are clear,” says Luomajoki. “Something real has happened.”

In Luomajoki’s opinion, the strength of the study was also the believable placebo treatment that the comparison group received. They were also able to discuss their back pain with a professional, and their brains were stimulated with transcranial electrical stimulation, i.e. a tight cap with electrodes was put on their head. The back was treated with a low-power laser.

The sham group thus got the impression that their central nervous system and back were also being treated. The experience of being treated improves a person’s well-being.

Real the treatment program was as follows. At the beginning of the twelve-week intervention, the patients were given information about the processing of chronic pain in the central nervous system and brain. This reduced the fear of the danger of pain.

Next, body sculpting exercises were performed, which correct the communication between the brain and the back, which is confused by the pain.

In practice, according to Luomajoki, this means, for example, pricking the back with sharp and blunt objects. The patient’s task is to tell whether he was poked with the tip of a pencil or with the rubber of one end, and to show on the map depicting the back where the poke hit.

The back can also be injected from two places at the same time and test how closely the patient can distinguish between the injections.

In a healthy person, the limit of discrimination is about five centimeters. A patient suffering from back pain may only be able to separate the stitches at a distance of ten centimeters.

Luomajoki explains that different parts of the body are represented on the cerebral cortex.

Because fingers and lips are constantly touching the world, their representation in the brain is very precise. The resolution of the fingertips is of the order of two millimeters.

Pain and lack of use cause changes and errors in the perception of the body. Practice will improve it.

In the third phase of the treatment, movement training was started. At the beginning, pictures and videos are viewed, from which the patient has to distinguish whether a person turns their back to the right or to the left. Next, let’s liven up the movements made in the video.

Only then do we start making the moves ourselves. The important thing is to control the movement. At the end, we progress to demanding functional exercises, such as squatting.

Luomajoki says that the treatment method is laborious, but on the other hand, lower back pain is a hugely common problem that should be treated with more effort.

Back pain does not kill, but it produces more disabled life years than any other health problem, even on a global scale.

Many patients suffering from back pain think that their back is broken and they can’t do anything with it, not play sports or go to work. If you avoid using your back, your condition will deteriorate even more.

“This belief has a huge meaning in everyday life. The back is not broken, you can use it. If the thought pattern changes, it will have a long-term effect, perhaps for the rest of your life,” says Luomajoki.