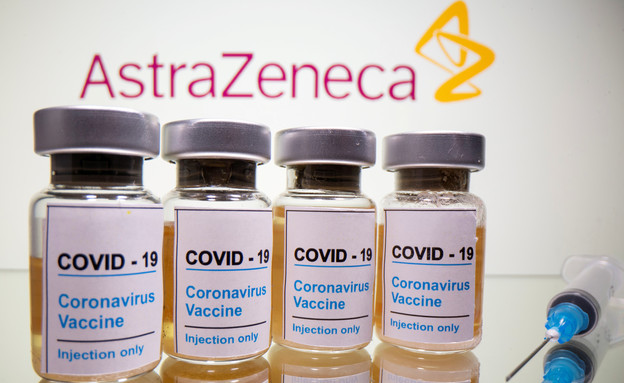 Three months ago The British government decided Remove all restrictions imposed on the public due to the corona plague and hope for the best. Britain, as I recall, was the country The first in the world Which approved the vaccines for Corona, but most of its population was vaccinated Especially in the spring of 2021. In early summer, when the morbidity rate in the country Stabilized About 30,000 new diagnoses and about 130 deaths a day, they decided that it was a reasonable price to pay for a normal life and abolished the prohibitions on gathering and the obligation to wear masks.

In Israel, at the same time, the great eruption of the Variant Delta began, and morbidity increased rapidly. But unlike the UK, the fourth wave did not stabilize and the number of sick and dead increased rapidly. Which depressed him Eventually there was an impulse vaccination operation (the third dose), especially of the older population.

Recently, the trend in the UK has changed and the rate of new patients has started to rise again, followed by mortality. Thanks to the vaccines, the catastrophic situation that prevailed in the United Kingdom in the first waves will not be restored there at the moment, but it seems that the erosion in the effectiveness of the vaccines we experienced here in the summer is now felt by the British.

Due to the situation, the British government approved the provision of booster doses to veteran vaccinated people and began an extensive immunization operation, Which is currently faltering. As in Israel, those leading the wave are young patients and especially children. Most patients are not vaccinated Due to their young age, fear of the vaccine or complacency. And as we have also seen in the country, when the number of patients is large even a low rate of complications in young patients leads to a large number of patients in a difficult situation. Along with the natural erosion of the immune system and the approaching winter, it seems that the coming period will be challenging for the residents of the United Kingdom.

The United States, meanwhile, is preparing to increase the number of vaccinated. President Joe Biden Announced Because the administration’s patience is running out and it intends to oblige federal government institutions and organizations that employ more than a hundred workers to require all of their employees to be vaccinated or have corona tests done weekly, otherwise they will not be able to get to work. This requirement poses a real challenge for large employers, and some have begun to offer financial incentives to encourage people to get vaccinated. For example, New York City Suggested This week a $ 500 grant for employees to be vaccinated.

US Food and Drug Administration (FDA) Consider In the meantime, expand the distribution of Pfizer’s booster dose also to vaccinated people over the age of 40, which has been more than six months since they were vaccinated in the second dose. also Confirmed This week, the administration gave the booster dose to those who received the Johnson & Johnson vaccine, from the age of 18 and up. Since the vaccine is given in one dose, this will be only the second dose they will receive.

The FDA has also approved the provision of a booster dose of Moderna vaccine to veteran vaccinated people aged 65 and over. The additional vaccine will be given in a small dose in half of the previous doses, probably following reports Who came from Europe for a multiplicity of side effects in young people who received this vaccine. In addition, following Studies Who showed high efficacy of such a step, it was decided to authorize the recipients of an impulse dose to use a different vaccine than the one they had originally received. The new procedure is particularly relevant to Johnson & Johnson vaccines – a vaccine that is less effective than Pfizer and Modernera vaccines.

Getting ready for the kids’ vaccines

The next stop is The discussion The administration set for this coming Tuesday, on the approval of Pfizer’s vaccine for children aged 11-5. The expectation is that there will be a charged and penetrating discussion – the FDA will not make life easy for the company’s representatives, as the risk to children infected with corona is much lower than the danger to adult patients. Pfizer representatives will need to convince the administration that the safety of the vaccine is at least as good as that of other age groups and its effectiveness is high.

Although the application may not be accepted immediately and without reservation, it is likely that in the end there will be no escape from vaccination of children, and in the United States already Are being prepared For the immunization operation. The main consideration is that sooner or later everyone will be exposed to the virus, and it is better that they do so when their immune system already knows it. Children suffer from relatively few corona complications, but as we have seen again and again in the last year and a half, when the number of patients is large, rare symptoms also affect many. Also the European Medicines Agency (EMA) Examining These days the vaccination for children.

In perfect timing was published this week Great research Of Clalit Health Fund in Israel, which examined the effectiveness of the vaccine for adolescents aged 12 and over in the reality test. The study collected data on about one hundred thousand vaccinated youth and a similar number of unvaccinated. It has been found that the effectiveness of the vaccine is estimated at 93 percent in the prevention of symptomatic disease and 90 percent in the prevention of infection.

Due to the low number of severe patients at these ages, researchers have not been able to estimate the effectiveness of the vaccine in preventing severe morbidity. To know this we will have to wait for studies to come from the United States, where the total number of vaccinators is much higher due to the size of the population. Beyond refining the evaluation of the efficacy of the vaccine in this age group as well, the present study confirms the assumption that the existing vaccine is also effective against the Delta variant, so that there is currently no need to develop a new and updated vaccine.

The only thing that might challenge the existing vaccine is the emergence of a new and different variant. In recent weeks, there have been increasing reports from the UK of a Delta sub-variant that may be a little more contagious than its predecessor. There can be many reasons for its spread, including the decline in the effectiveness of the vaccine in veteran vaccinated people and the removal of all restrictions on the public. According to the Center for Disease Control and Prevention (CDC) In the United States, so far there are no signs of the spread of their new sub-variant, and these are of course encouraging news. In any case the chances of it challenging the effectiveness of the vaccine are not high, given that it is not much different from the original Delta variant.

In the US, children are being vaccinated soon | Photo: George Frey, Shay Franco, Reuters

Israel is standing this week Start using special circumstances Also in the vaccine of the Astra-Zenika company. Unlike the Pfizer vaccine received by the majority of the population here, which is based on mRNA, Astra-Zenica uses the viral vector method – an attenuated virus of a non-dangerous type of human, which has been genetically engineered into a single corona virus gene to produce one of the infected cells. The corona. This is how the immune system learns to recognize this protein and will know how to attack the corona virus that carries it if it invades the body. The efficacy of this vaccine is slightly lower compared to the Pfizer vaccine, but it fulfills its role and has so far been given to millions of people around the world.

Another interesting report concerns the recognition of the recipients of the Russian vaccine “Sputnik” who will apply to enter Israel. Sputnik works in the same way as the Astra-Zenica vaccine, but its development, approval and follow-up process has not been done openly. Since almost no reliable data has been published on it, there are concerns about its effectiveness and safety. The vaccine has not been approved by any Western health authority, and even the World Health Organization, which tends to approve vaccines quickly, Pause His approval due to concerns that arose regarding his production process. Eight months after the start of the vaccine test, the organization has yet to give it even an emergency permit. The vaccine probably works, but it is not known how effective it is and what the rate of its side effects are.

And finally, Research review Published this week refutes one of the stubborn rumors circulating in the public. According to this rumor, people without symptoms are not contagious, and therefore there is seemingly no justification for imposing restrictions on them. Studies presented in the review clearly show that while asymptomatic patients are less contagious than symptomatic patients, there are many people who will develop symptoms later, and even before that they are already able to infect others no less than symptomatic patients. Since there is no way to know in advance whether a person diagnosed as a carrier of the virus will actually develop the disease or remain asymptomatic, there is no choice but to assume that he is endangering his environment as an active patient

The omicron is spreading around the world, the doctor who discovered it: “Right now the panic is exaggerated”