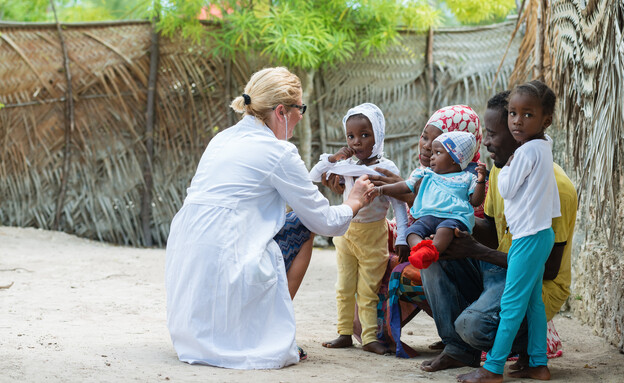 The Marburg virus was first identified in 1967 after an outbreak of a mysterious hemorrhagic disease in Marburg and Frankfurt in Germany as well as in Belgrade in Yugoslavia (now Serbia). The source of the disease in the outbreak was a shipment of green gannon monkeys (Chlorocebus aethiops) brought from Uganda for medical research purposes. The monkeys were infected with the virus and infected several laboratory workers who were exposed to the monkeys’ bodily fluids while working with them. Out of 31 infected, 7 died from the disease.

Since then several have been recorded point outbreaks of the virus, mainly in Zimbabwe, Kenya and Uganda when the largest outbreak, in 2004-2005 in Angola, claimed the lives of 227 people. Three deaths from the virus have now been reported for the first time in Ghana.

danger at the national level

Crimson The first cases In the current outbreak, they appeared in the Ashanti region of Ghana. Two farmers, a 26-year-old and a 51-year-old, died in early July of this year, shortly after arriving at the hospital, two days apart. An epidemiological investigation has not yet identified the source of the infection, and no connection has been found between the two patients. Although they are both farmers from the same district but from different parts of it. It was not found that they had contact with patients or with animals and they were not at events with many participants in the three weeks preceding the illness.

Everyone who was exposed to the two patients, 108 people, including relatives and members of the medical staff who treated them, stayed in self-isolation for 21 days. Two other people, apparently the wife and one-year-old son of the first patient, developed symptoms and were found positive to the virus about two weeks after the first diagnosis. The baby died of the disease, becoming the third victim in the current outbreak. The patient’s wife She initially refused to receive medical treatment and stayed in a prayer camp, which increased the chance of the virus spreading in the camp, but finally Convinced to stay in isolation under medical follow-up and did not develop symptoms.

World Health Organization Sets the current burst as dangerous at the national level for Ghana, at a medium level of danger for neighboring countries and at a low level of danger of spreading throughout the world.

There is no effective treatment

The Marburg virus belongs to the Filoviridae family of viruses to which it also belongs Ebola virus (Ebola). Both are notoriously deadly viruses, with fatality rates ranging from 23 to 90 percent, depending on the strain of the virus and the availability of medical treatment.

The natural host of the virus is the common fruit bat (Rousettus aegyptiacus), although it may infect additional bat species. The bats that carry them usually do not develop symptoms of disease, but the virus is found in the body fluids they secrete, such as saliva and urine. Indeed, some of the outbreaks Those recorded in humans have been closely related to bats and their secretions, often around mines or caves where the bats stay. In addition to bats, the virus can also infect humans and monkeys, and it seems that there is some transmission of the virus between bats and monkeys. Maybe through fruit from which the two animals feed.

The transmission to humans is mostly Zoonotic, meaning from the animal to the human, and occurs following exposure to the secretions of infected bats or monkeys.

As far as we know the infection is Always symptomatic In humans, that is, there is no record of people being infected with the virus and not developing symptoms at all, as is often the case with other viruses. The initial symptoms of the disease develop between two days and three weeks after infection and are often flu-like, and include chills, fever, headache, sore throat, muscle and joint pain, and fatigue. 2-5 days after the first symptoms develop abdominal pain, nausea, vomiting and diarrhea. On days 5-7 the symptoms get worse and a rash can develop in the body that spreads to the limbs, conjunctivitis (in the eye) as well as bleeding, which is the main characteristic of hemorrhagic fever type diseases. The bleeding appears in the skin (petechia) and mucous tissues, where it manifests itself as blood in the feces and vomit, as well as bleeding from the mouth, nose, eyes, and genitals. As the disease progresses, all symptoms worsen and neurological symptoms develop, including confusion, behavioral changes, convulsions and coma. Death is usually caused by fluid loss and multisystem failure since the virus affects almost every organ in the body. Autopsies of patients who died from the disease showed significant damage to the tissues of the heart, brain, spleen, kidneys, lymph nodes, liver, testicles, and ovaries, as well as hemorrhages and hemorrhages in mucous tissues throughout the digestive, respiratory, reproductive, and visual systems.

the virus infects cells of the immune system and multiplies within them, which leads to impaired immune system function, coagulation disorders as well as the destruction of the lymph nodes. Also, sometimes caused Cytokine storm: A stormy immune response that exacerbates the damage to the body’s tissues.

There is no specific drug treatment against the virus. Supportive treatment is usually given which includes giving fluids and sometimes also blood and its products (such as clotting factors), but often this is not enough to save the patient. Since the initial disease symptoms are quite general and similar to other infectious diseases such as malaria, dengue fever, Typhoid fever, or the flu, is sometimes not diagnosed in time, which delays the treatment and isolation of the patient, thus endangering those around them.

Even those who manage to recover from the severe disease caused by the virus sometimes suffer from various complications such as arthritis, conjunctivitis and psychosis.

the virus transmitted from person to person In body secretions such as urine, vomit, saliva and blood and also through surfaces infected with them, such as bedding or clothes. Since the virus damages mucous tissues, patients spread large amounts of the virus to their environment, and must stay in tight isolation. All staff involved in their care must wear full body protection to protect themselves from infection.

The aforementioned virus is usually transmitted through contact with body fluids. Airborne transmission of the virus naturally is considered extremely rare, however, The virus is stable in aerosols and is able to effectively infect monkeys exposed to artificial aerosols of the virus. This raises the fear of exploiting the virus as a biological weapon. Over the years several countries and organizations have tried to develop Marburg viruses that are stable in aerosols for use as biological weapons as well as effective antidotes against it. One of the cases of Marburg outside of Africa was documented in Russia in 1988 as part of a work accident as part of research for the development of biological weapons at the Vector research institute in Siberia. Russian scientist Nikolai Ustinov accidentally infected himself with the virus and died of the disease. One of the pathologists participating in the autopsy was accidentally stabbed by a contaminated needle and died as well.

Since the virus is so deadly, work with it is done in advanced laboratories with appropriate protective equipment. The lethality of the virus, and its potential as a biological weapon emphasize the need for the development of an effective treatment or vaccine. Although Clinical Trials Many, so far have not been approved for use as an effective vaccine or drug against the virus.

A combination of antibodies against the virus with The drug remdesivir, which affects the replication of RNA viruses, was effective In a study carried out on monkeys. The survival rate of the monkeys increased to 80 percent when the combined treatment was given six days after infection, while treatment with antibodies or the drug alone failed to save any of the animals. Such a combined treatment has not yet been tried in humans. In another study, on mice, the researchers found that the drug Favipiravir, approved for use in Japan against influenza, was able to save all the mice when it was given up to two days from the date of infection, and about half of the mice when it was given four days from the date of infection. Similar results were obtained for Experiments on monkeys who were exposed to the Marburg virus and treated with the drug by infusion, although it is not yet clear how effective the treatment is for humans.

Several vaccine components against Marburg virus have shown promising results in preclinical trials. American research team developed A vaccine based on the presentation of the envelope protein (Marburg virus glycoprotein) of the virus, which allows it to penetrate its target cells in the body, on top of the Vesicular stomatitis virus (rVSV) which does not cause the disease. In an experiment on monkeys, a single dose of it was able to protect all the monkeys when the vaccine was given 7-14 days before infection and even managed to protect about 75 percent of the monkeys when given three days before exposure to the virus. The researchers found that the vaccine was able to stimulate an immune response from B cells, which are responsible for producing antibodies. Another research team tried to develop a similar treatment with fewer side effects, and managed to achieve similar results in terms of efficiency.

This is a technology similar to a vaccine approved for use against Zaire Ebola virus, the deadliest strain of Ebola for humans, but further studies are needed to test the safety and effectiveness of the compound in humans.

Another vaccine that showed promising results in animal experiments is based on similar technology but with an adenovirus that was isolated from chimpanzees and does not cause the disease in humans. and is currently being tested in clinical trials.

Vaccines in technologies Others are constantly in development and in clinical or pre-clinical trials.

The current outbreak worries the health authorities Especially in light of the fact that the source of the infection has not been located. Ghana’s health services Start epidemiological investigations In an attempt to locate the source of the infection as well as to locate and isolate all the contacts of the patients. At the same time, the World Health Organization supported the establishment of an investigation team with the cooperation of the organization’s experts, and assisted in the supply of protective equipment as well as in increasing the readiness of health system workers for the possibility of additional infections.

At the same time, the local health authorities instructed the population to avoid contact with wild animals and especially to stay away from places where bats stay, such as caves and mines. In addition, residents were instructed to pay attention to the typical symptoms of hemorrhagic fever, to avoid meetings and gatherings when sick and to seek medical treatment in time.

The current outbreak joins outbreaks of corona, Monkey pox and polio, which burden the health systems in many countries. Although the source of the current outbreak has yet to be identified, it appears that the combination of globalization, damage to wildlife habitats, and climate change increases the likelihood for similar outbreaks in the future.