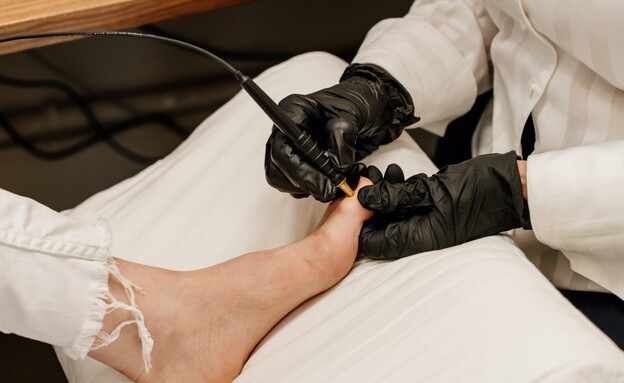 A few months ago a friend called me and told me with excessive enthusiasm about the frequency medicine that did wonders for her body and mind. I listened politely and moved on with my stressful routine. A few days later I received a phone call in which they offered me to test the method of frequency medicine through an innovative device called Msa Bio Scan. Here I no longer refused.“Many people perceive this device as something spiritual”

It turns out that the frequency device received the approval of the-FDA the american andCE the European, and it allows a scanning test of all body systems through the palms of the hands and feet, to reveal various diseases in our body and even find out which foods are recommended for each person to eat in order to maintain their health. The device also reveals what we are allergic to and what we should avoid.

“So what is the frequency medicine that sounds like another method for devout spiritualists”? My curiosity overcame the little skepticism I kept to myself and I showed up in the morning at the ‘Larom’ health center in Netanya. I was brought into a room where the process that begins with questioning, explanation and the test itself takes place. I filled out a short form and off we went. I was asked not to come to the test smeared with creams, so as not to disrupt the test, which takes about an hour and a half. Tamar, who conducted the test in question, connected the device to my palms, while in my other hand I held a conductive device, and each time she tested a different organ in my body and the device told about its condition through a clear graph that surprised me as well.

For the purpose of the article, I spoke to people who told me that through the device they discovered various diseases ranging from candida, skin diseases to an imbalance in the thyroid gland and I wondered if this device is so genius or if there are small letters in it that have not yet been discovered?

“It is important to me that you know that this is a completely scientific device,” Larisa Borochov, the owner, told me. “Many people perceive this device as something spiritual but it is completely scientific. Frequency medicine was born in 1950-1960 by a German conventional doctor named Dr. Wall who wanted to test the subject of physics on the human body and not through chemistry as we know it, through blood tests. He used the meridians to see what is happening in the body because everything in the world has a frequency and according to this frequency we can check the human body and also make a diagnosis of the body, so he really did the work of ants and connected each and every point and that’s how according to experience and research he found the points that are related to the same organ. Today the device can detect diseases and why we are allergic without running to all kinds of different doctors.”

If this is such an important device, why isn’t it in every health insurance company in Israel?

“Frequency medicine in the United States and Europe is considered completely medical. Here in Israel it is considered complementary medicine, but it is very possible that this will change someday. Frequency medicine devices are used in all kinds of professions, from cosmetics to dentistry, pediatrics, and more, but abroad also in oncology departments To find out which treatment method will suit exactly that person personally. It is an amazing diagnostic tool and is constantly being developed and researched. Every year the software is renewed according to the latest development and things are added, it’s a huge software that only gets better.”

How long is the device in Israel?

“About thirty years or so. There are all kinds of devices but our device is the only one that has all the licenses of the-FDA The American and – CE the European of a very large company in the United States that specializes in frequency medicine.”

Anyone who completes his diagnosis with the frequency medicine device receives a very clear summary of his health condition, but here the process is just beginning. After the diagnostic test, the summary is passed on to a conventional doctor who sits on the spot, and together with the person’s latest blood tests, medical recommendations are given. If necessary, the patient also receives homeopathic naturopathic drops that complement the treatment together with a suitable diet prepared by the chef of the place, because it is important that the menu is also tasty. “The drops are drops that are specially prepared for us by a pharmacy for a variety of situations such as detox, stress and more,” Larissa explains, “but the point here is that the device actually chooses the most correct frequency out of 440 frequencies. There is software that implants the frequency into the drops. It’s a completely individualized treatment.” .

So you actually combine conventional and complementary medicine?

“I believe that medicine itself must be individualized, believes Larisa. “In my view, what suits me does not suit someone else. As no two people have the same fingerprint, so it is the same in the body as well. No two people are alike. I met someone who suffered from very severe migraines until 20 years ago they were among the first to hear about the frequency diagnosis, she came for a diagnosis and they discovered that her allergy in her body was black pepper and as soon as she took the black pepper, she forgot about the migraine. It is important to understand that there is nothing spiritual here, it is 100% scientific. Not 99%. It’s pure physics.”

My skepticism faded a little after the test. The device alone overcame all kinds of issues I suspected, even the tight back I was suffering from that day. I found out that I am allergic to dairy products, eggs, tofu and wine, unfortunately, but the good news is that when the body is balanced, with the help of a unique menu and the drops loaded according to the right frequency, certain allergies can go away.

How much does such a test cost?

“The diagnosis alone costs 950 shekels, but we recommend using the whole envelope, which includes a doctor who also sees the blood tests and gives guidance and recommendations from the chef. The price of the drops is 140. After 6 weeks, we do the test again to find out if the person’s condition has improved.”

“The device is very accurate, but nothing is 100 percent,” explains Shushi Feldman, an expert in frequency medicine. “If someone comes with a problem that is not coded by the device or a virus such as the corona virus, for example, we will not be able to detect it through the device. The device does not detect cancer either, it can hint but not unequivocally detect cancer. We had a case of a man to whom we suggested checking the prostate gland Because the device showed us that the organ was under high stress. The young man actually went for tests and found the tumor, which was in an early stage, and the early detection may have saved his life. It is important to note that the device will not necessarily detect cancer, but it detects an imbalance in the various systems.”

When I contacted various doctors, including Dr. Anat Milman for the purpose of the article, it was claimed that at the moment they are not familiar with the device and that they will probably only become familiar with it when it is updated as a medical device and enters the hospitals.