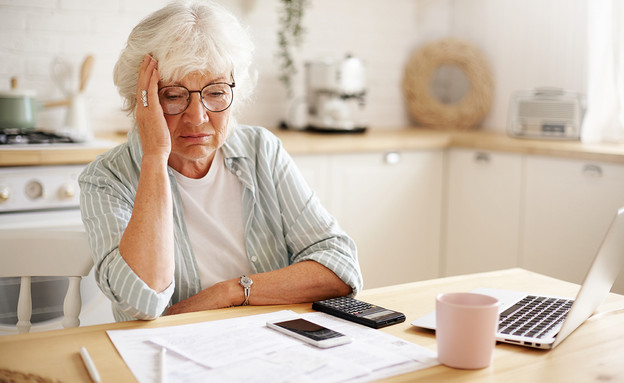 The private long-term care insurance policies of the insurance companies define the long-term care status of the insured according to one of two alternatives: the inability of the insured to perform at least 3 of 6 basic daily operations independently according to the ADL test (Dressing, bathing, eating, walking, controlling the braces, etc.), or being mentally debilitated as determined by a specialist doctor in the field such as a psychiatrist or geriatrician.

Similar to the complexity of the ADL test, which includes many variables that open the door to interpretive controversy, the official definition of mental exhaustion can be seen as equally complex and complex: “Lack of orientation in a place and time that requires supervision most of the day, the cause of which is a health condition such as Alzheimer’s, or various dementia forms.”

In order to define the insured as mentally debilitated under private long-term care insurance policies, he must meet a number of different and cumulative conditions, which include impaired cognitive ability, impaired judgment and insight, memory loss, lack of orientation in time and place, dementia problem such as Alzheimer’s, and need for supervision 24 hours a day. Since these are cumulative conditions as stated, it is sufficient that the insured does not answer at least one of them, so that he is not defined as mentally debilitated and his claim will be rejected by the insurance company.

Insurance companies tend to take advantage of this situation and reject claims of insureds who do not meet, at least according to their method, all of these conditions together, even when they need supervision most of the time.

What is ‘mentally debilitated’ according to Social Security?

On the other hand, when it comes to a claim for a nursing benefit from the National Insurance Institute, the situation is completely different.

The eligibility conditions for receiving the nursing benefit also include the two alternatives of the ADL test and the mental exhaustion test. However, while the definition of the National Insurance Institute’s ADL test is similar to that of insurance companies, the definition of mental exhaustion is significantly different from that of the insurance company. In fact, this is a short definition that includes only one key condition: the need to supervise the insured in order to maintain his and those around him’s safety. Nothing more.

It is sufficient for it to turn out that the insured is behaving in a way that endangers his and / or those around him in order for him to be entitled to a nursing benefit from the National Insurance Institute, and even at its highest level.

This is an absurd gap devoid of any substantive justification, as a result of which the insured will not be able to receive the benefits due to him from the insurance company, even though he has paid her premiums for many years in considerable sums. In such a case, he will inevitably have to make do with receiving the meager nursing benefit from the National Insurance Institute, which is very far from covering all his treatment expenses.

Costs of thousands of shekels per month

According to current estimates, the average monthly cost of treating the mentally debilitated who continues to live in his private home, and needs a close caregiver, is about NIS 7,000 to NIS 10,000 in addition to financing the cost of the personal caregiver. These expenses also include financing medical accessories, medicines, adjusting the home to the insured’s nursing condition, and more. If the insured leaves his home and moves to a nursing home, his hospitalization costs even skyrocket to NIS 12,000 to NIS 20,000.

The required solution to this absurd and problematic situation is simple – the definition of the mentally debilitated according to the private long-term care insurance policies should be compared to its definition according to the National Insurance Institute, and it would be nice one hour earlier. Attempts to produce additional sub-tests, which relate to the ability to orient oneself in time and place, or judgment, can only be used as a tool in the creator’s hand to reject nursing claims. It is appropriate that the cause of the terrible injustice to the general public of long-term care insured, be rectified by the Insurance Supervision, so that the insurance premiums of our loved one are not deposited on the deer fund.