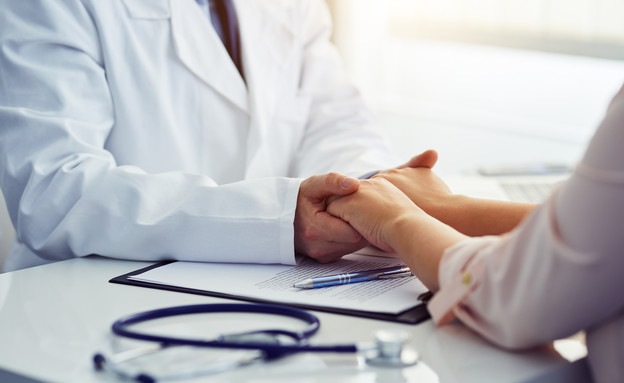 Researchers, doctors and scientists around the world have in recent years focused many efforts to enable each patient to receive the best treatment for them, and thanks to innovative and groundbreaking technologies, the future looks promising and a day will come when everyone can receive a drug tailored to their anatomical, physiological and biological characteristics. , Up to the chromosome level. But in the meantime it seems that when it comes to the differences between chromosome X and chromosome Y, there is a lack of more serious reference.

“Until a century ago, there was no pediatrics, and children were treated as small adults. Now the field of gender medicine seeks to change the vision of women as small men so that they can be seen as a creature in their own right, a creature that makes up more than 50% of the world,” says Dr. Einav. Bachar, a medical intern at Ichilov Hospital and the founder of the podcast ‘Full Moon’, with her partner Yael Zilberman Romano, to make information accessible to the public on gender health issues.

Why do we need gender medicine? To clarify, just six years ago, in 2015, the FDA and the NIH (National Institutes of Health) decided that clinical trials and data processing must include both men and women, after a 2011 study found Because about 64% of the clinical trials conducted so far did not include women. Moreover, according to data from the Israel Society for Sexual and Gender-Conscious Medicine, in which Bachar, about two-thirds of the diseases that affect both sexes, were studied in men only.

“It all started when in the 1970s, following two historic cases, it was decided to exclude women of childbearing age from clinical research. In one case it was a work published around the 1950s on estrogen therapy, which millions of women took to deal with bleeding during pregnancy. The study presented reports of the development of fetal genital malignancies following treatment. In those years, another drug was developed to treat pregnancy nausea, which in retrospect, when in the 1960s many children were born without limbs, it was found that it could impair fetal development in utero. “Those cases were not the only reason for the sweeping decision to exclude women of childbearing age from clinical trials, but the claim that women cause too much noise in clinical research.” A woman’s hormonal cycle makes her different every day of the month, “Ovulation, after ovulation, on one menstrual day or another, it is better to simply exclude it from the study.”

What happens when women are not included in clinical trials?

“They are not diagnosed in time and receive less good treatment. One example is in the field of attention deficit disorder, where until today it was thought to be more common in children than in childhood, because the diagnosis of attention deficit disorder focused more on impulsivity and hyperactivity symptoms. A complex of several disorders. Hyperactivity is more noticeable, but in the case of girls these are girls who are more ‘floating’, more introverted, self-aware. And anxiety; for depression they may have received treatment, but were left without treatment for the source of the problem. If they were diagnosed, they would receive treatment that today is considered excellent, behavioral and pharmacological. A 2012 study at Yale University sought to determine what triggers the drug’s use in cocaine-addicted men and women, using a functional MRI that can see the brain’s response to the sight of an image or object according to various areas being lit. The researchers found that what That triggered the drug trigger in women e There was a picture of a child crying, the picture caused them stress and the lights came on. In men, on the other hand, what triggered the drug was images of the drug. This led to the conclusion that cocaine addiction treatment should be different for women and men depending on how their brains work, in women the treatment may need to be primarily psychological behavioral while in men models similar to those available in ‘anonymous alcoholics’ treatments should be used, which include clear and practical steps. ”

Can we say that gender medicine is a kind of personalized medicine?

“Currently, custom medicine is better known in certain areas of disease while gender medicine makes some coarser cuts, she says – we must treat men as men and women as women, and tailor medicine to them. This cut is easier and more practical and can allow us to give medicine. Fairer. It can be said that gender medicine is a kind of milestone in the direction of personalized medicine, which allows us to understand the difference between the sexes. In his identity. ”

The absence of women from clinical research reveals only part of the picture, and it is impossible to ignore the fact that women may receive less good treatment than men from the very existence of gender biases based on erroneous assumptions and prejudices. “Many times in medicine we evaluate a patient according to a survey questionnaire, such as ADHD, depression, even autism. What is found is that the questions themselves are based on the familiar symptoms and sometimes also on prejudice. As a result, for example in depression, the spoon is more The female symptoms, for example in a questionnaire of depression will be questions about a bad mood or a feeling of worthlessness, but there will be no questions about aggression or addiction to alcohol and drugs, which characterizes more men in depressive states. ADHD Another example of bias based on incorrect assumptions is when a woman does not respond to a pain complaint from some preconceived notion, which is sometimes also found among medical staff, that women have a tendency to complain more or be ‘more hysterical’ than men, whose complaint about pain “Considered” more. ”

If so, what can we do to ensure that we do receive the same fairer treatment? “An integral part of the trend of personalized medicine is actually another area called Patient Engagement, whereby the patient should be involved in their care, and as people in need of knowledge we can now get good, correct and balanced information,” Bachar explains, concluding: The medical staff should be involved in this, making the information accessible and thus ensuring better medicine for everyone. ”

One thought on ““Gender Medicine is a Milestone in Customized Medicine””