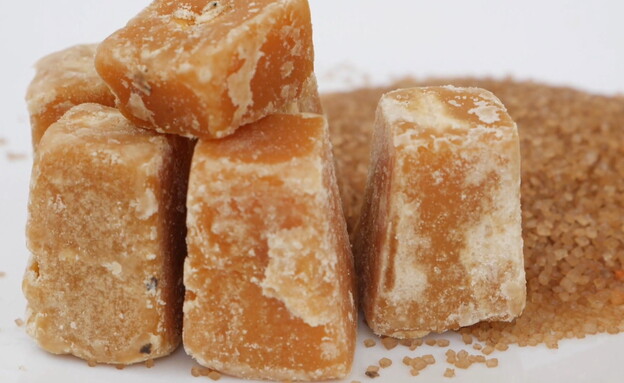 It doesn’t matter if we are one of those who cut back on sugar, or we actually devour sweets – we all know that consuming too much sugar can cause hyperactivity, that natural sweeteners are healthier than it and that sweets make holes in the teeth. But is all this really true?Sugar consumption causes hyperactivity

At the Logsi family, the home candy drawer in the kitchen is open at all hours and without limit. Almost everyone believes that if their child eats chocolate at night, they will not be able to fall asleep and, in general, that sugar can make our children hyperactive. “Now they eat at night, so they are up all night, so maybe that also affects it,” claimed the Hadas mother.

However, the relationship between sugar consumption and hyperactivity is not entirely clear, as explained by Dr. Maya Ish-Shalom, Specialist in internal medicine and endocrinology. “There is evidence here and there. In the works that examined, for example, if I now give someone a very large amount of carbohydrates and examine how it affects brain function, the evidence is not conclusive.”

In the Delal lark family there is not even one grain of sugar in the kitchen. The mother Michaela has been following a healthy, vegan lifestyle for more than a decade, without processed sugar, and the whole family follows her. According to Michaela, you won’t find a bar of chocolate in her house because its taste is addictive, but is that really true?

“True, sugar is addictive,” explains Dr. Maya Ish-Shalom, but clarifies. “But unlike other addictions, there is no withdrawal syndrome here, but rather the longing for more and more, an increase in appetite, in desire. So there are really unwanted changes in the overconsumption of fructose, which is basically the fruit sugar. But the problem is that it is added to almost everything today and in a much larger amount than desired.”

The natural sweeteners provide an answer for anyone who wants to reduce sugar consumption, from dates and silan to natural maple syrup, but are they really healthier than white sugar or is it just a myth? “The natural sweeteners are not much better than simple white sugar,” explained Batia Elimelech, a diabetic dietitian. “The amount of carbohydrates and simple sugars they contain is also quite similar to white sugar.”

The name of sugar is notorious perhaps also because a disease is named after him, diabetes, but is it really the consumption of sugar that causes the disease? “Sugar directly is not the only factor that affects diabetes,” explained the dietician Batia. “It’s not that if I eat a lot of sugar now – then I will immediately have diabetes. The disease has a genetic component, meaning that one or more members of my family have diabetes. The second and most significant component is actually overweight and obesity. But those who already have diabetes, of course He should not consume simple sugar because this is something that will increase his values ​​and violate his good balance.”

The dubious honor of sugar does not stop with diabetes – many think it is also one of the causes of cancer. Dr. Ish Shalom clarifies the myth: “The relationship between sugar and cancer is controversial. There are studies in animals that show that sugar is indeed a fuel for cancer cells, but when you look at humans, the studies do not necessarily show a direct connection, some studies do, some do not. What’s more, excessive consumption of sugar, which often also comes with excessive consumption of fat, usually causes weight gain, and it is also known that there is a connection between obesity and 13 types of cancer.”

In a test we conducted at Haifa Science Tech, we compared a cup with brown sugar to a cup with white sugar. “In the end, the phenomenon looks almost the same,” explained Daniel Pepper, a content developer. “In both, a very, very large amount of energy is released, a lot of smoke, flames. I mean, if we were to just look at it from the side – there would be no way to distinguish between the brown and white sugar.” After the test, it turned out that the two sugars are the same.

Dietitian Batia Elimelech explained the same way: “Those who expect that their sugars will not rise if they use brown sugar – that is not what will actually happen. Brown sugar still has a little residue of molasses, which is actually the extraction of natural sugar. In some cases, if it is natural sugar which is less processed and industrialized and it is the sugars that are wetter and more compressed, the crystalline brown sugar, which is available in coffee shops, is quite similar to white sugar – there is almost no difference.”

This myth is also known by many. However, Dr. Hadas Katz-Sagi, a dentist specializing in children, refutes the myth: “Contrary to what many children and parents think, sweets do not necessarily cause cavities in the teeth. Tooth decay is a disease that has many factors, one of which is sweets, but there is also the genetic element, a matter of brushing and maintaining hygiene, going to check-ups at the clinic. We know that you can eat sugar in a smart way that won’t cause cavities.”

So what did we learn? That sugar is indeed addictive, but it does not necessarily cause hyperactivity, diabetes or cavities, and that the natural substitutes are not healthier than it, and so is brown sugar. It is not possible to completely avoid sugar, it is also not good for our body to avoid it, but it is better to observe controlled consumption as much as possible.