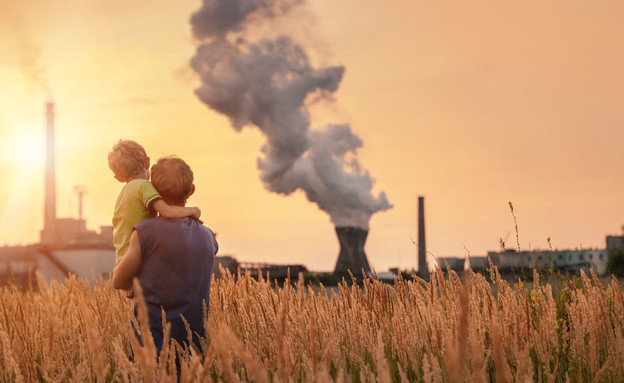 The environment in which we live is the most influential factor in our health. The increase in life expectancy over the last hundred years is primarily related to environmental improvements. The single most influential factor in the increase in life expectancy is the separation of drinking water and sewage, but there are many other achievements such as in the field of food safety, and exposure to various pollutants in the air, soil, and water. However, most studies estimate that environmental risk factors account for about 50-70% of morbidity and mortality. By comparison, the impact of medical care, including preventative medical care and vaccines, make up about 10% of the total impact on our life expectancy and health.

In recent years, the Ministry of Health, in collaboration with the Health and Environment Foundation, has published three reports on health and the environment in Israel. The last of which was published in 2020. These reports detail in detail the achievements and challenges in the field of health and environment in Israel over the past decade, and they list a number of issues in areas that still require interdisciplinary treatment to improve public health and prevent morbidity and mortality.

One of the defined risk factors for morbidity and mortality is climate change, which is defined as the biggest health challenge in the current century, as it affects many aspects of health, and the risks increase with increasing population size and susceptibility, as well as population growth in densely populated urban areas. Along with increasing pressure on basic infrastructures are essential for the existence of a healthy life.

I will detail the main effects of climate change on health, and the proposed ways of dealing with them in the State of Israel and around the world.

The health effects of climate change:

● Morbidity and mortality due to extreme heat and cold waves. For example, in a recent study from Israel, we found that high temperature adversely affects the birth weight of infants.
Outbreaks of insect-borne diseases: West Nile fever, leishmaniasis (“Jericho gang”), dengue fever, affinity disease and malaria, which are still common in many countries, and may reach or return to Israel.
● Impairment of water quality, food and food security. For example, the mouse disease that broke out in Israel in 2018 is related to the pollution of Jordan water and its tributaries by environmental factors.
● Anthropogenic air pollution (caused by man, such as air pollution from transportation) and man-made by nature (such as sand and dust storms)
● Storms, floods and fires
● Dwelling density and deterioration in sanitation conditions
● Combining several factors together and increasing the overall damage (e.g. heat waves and air pollution).

Numerous studies have demonstrated the link between climate change and the spread or exacerbation of damage as a result of infectious disease injury, including coronary heart disease. Climate change, and sometimes even micro-climatic changes, lead to ecological change, including the migration of animals that can spread disease, and their approach to densely populated areas. These conditions increase the chance of infecting humans with new and emerging infectious diseases. Examples include the spread of AIDS, which began about 35 years ago, and the 2009 pandemic (“swine flu”). Although the origin of corona disease is not yet clear, it can be assumed with the highest probability that climate change has led to the expulsion of animals from their habitats, and from there to the shortcut to infecting humans and turning the disease into a global pandemic.

So what can be done? The policy of preparedness to prevent and reduce the damage of climate change requires interdisciplinary action, but requires the involvement and leadership of health professionals. Today, health policy makers, systems and professionals are not sufficiently aware of its importance. The field is hardly mentioned in the study stages of the medical and health professions, and the people in the system do not necessarily see their important role and do not engage in it on a day-to-day level. We, as health professionals, must bring about an increase in the awareness and occupation of the health system on the subject. Therefore, I will focus here on recommendations for the operation of the health system:

● Establishment of a research and monitoring system for early identification of the effects of climate change and development of an appropriate response with government funding
● Development of health infrastructures that can provide the best response to damage (such as preparing for climatic emergencies)
● Introduction of the subject to the curricula in the health professions
● Budgeting the national plan for climate change preparedness, which includes the preparation of the health system. The plan was approved by a government decision in 2018 but has not been budgeted
● Inter-sectoral cooperation and levels of government: The health system must work in cooperation with many bodies in order to promote a healthy urban environment

The health care system cannot work in a vacuum. In order to advance the issues, it is necessary to set goals and assimilate health considerations in every national decision that affects the environment.