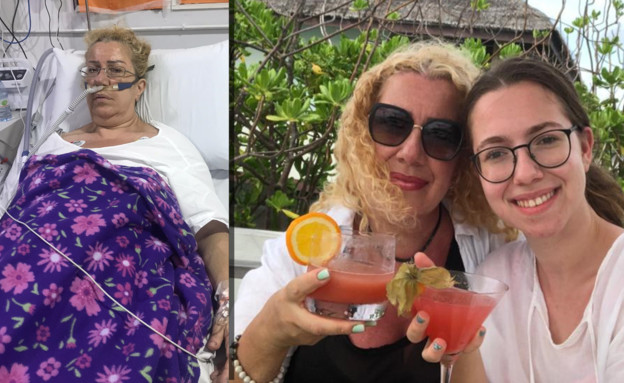 For a month, Galina Genchev, a 57-year-old resident of Eilat, was hospitalized in a Maldives hospital after falling ill during a trip to Corona. She ranged from life to death, while at the same time her 17-year-old daughter Lena was by her side, helping, supporting and helping to do everything her mother could to keep her alive. She is now out of danger, has been released from the hospital for government isolation and will return to Israel next week.

“Mother’s condition has greatly improved. She is learning to breathe alone, learning to walk again, doing breathing exercises and is currently receiving medication. We are now looking for a housing unit with a yard and air in Eilat to make it easier for mother,” her daughter Lena tells Mako in a call from the Maldives.

According to her, the most important thing for her at the moment, apart from helping her mother to recover, is to make it clear to anyone who has not been vaccinated that he is playing in his life. “Mom and I were afraid to get vaccinated. We thought the vaccines would cause us health damage that would endanger our lives. When we got to the Maldives we quickly found out we had made a big mistake. Suddenly we found ourselves hospitalized, instead of enjoying a trip to the most beautiful place in the world struggling for our lives. I never dreamed we would get into this situation. ”

As you may recall, Lena and her mother Galina flew to the Maldives about a month and a half ago. About a week and a half after they arrived they fell ill in Corona and were hospitalized at the local hospital. Lena recovered quickly but her mother was hospitalized in the intensive care unit with the danger of death hovering over her.

“Mother was on the verge of death, needed almost 100 percent oxygen. I was constantly giving birth. I strengthened her and supported her. You see, I am a 17-year-old girl. We are both alone in a Muslim country, a country with which we have no diplomatic relations and no Foreign Ministry help. .

A specialist doctor from Sheba Hospital flew to the Maldives on behalf of the Harel insurance company, from whom the two purchased insurance before the flight, to check the mother’s condition. The doctor stayed in the Maldives for about a week and helped Lena and her mother.

“I did what every daughter would do to help save her mother. I kept sitting on the heads of the doctors who would give her the best treatment. My conclusion from this whole affair is, go get vaccinated so that you do not get into my mother’s situation, do not take a risk,” she concludes. Lena.