Tens of thousands die every year, there is still no vaccine 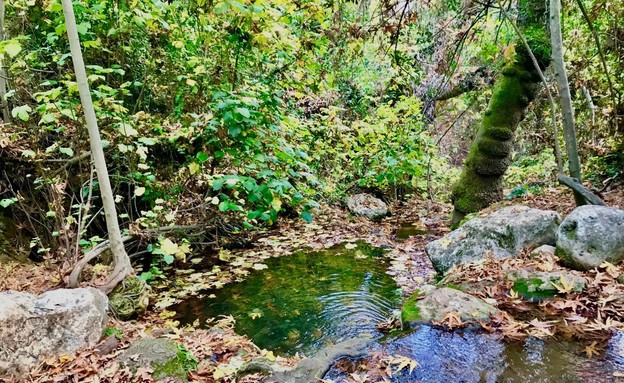 Is the mouse disease that broke out in Israel 3 years ago recurring? The Ministry of Health has updated in recent waters that Six boys who walked in the “bottle” spring in Safed developed symptoms of mouse disease, or in its German name – leptospirosis. Of the samples collected, one was found to be positive for the disease, but all were released to their home in good condition. Currently, it is strictly forbidden to enter the spring water until an official announcement is received from the Ministry of Health.

The last report of the disease in the country was received in August 2018 when 17 hikers became infected with the mouse. All the patients walked in streams in the southern Golan Heights, where they apparently contracted. In 2020 About 50 reports were received of people who contracted the mouse, most of them after visiting streams in the north of the country.

Mouse disease is caused by exposure to the bacterium Leptospira, and manifests itself in a long line of Symptoms Including high fever, nausea, diarrhea and headaches and muscle aches. Because these symptoms are also typical of other diseases, such as the flu, it is sometimes difficult to diagnose the disease. In nature there are a variety of leptospiral bacteria, only some of which are pathogenic (pathogens). Pathogenic leptosphere bacteria enter the host body and pass from cell to cell until they reach the bloodstream, and from there to the tissues.

Despite the name of the disease, mice should not be blamed specifically. The mouse bacterium resides in the urinary tract of various animals, such as cows, horses, dogs and even rodents. Humans infect it, usually, following exposure To the water contaminated with the urine of animals infected with the bacterium – in our case, in the same streams in the Golan. You do not need to drink this water to get infected: the bacteria in the water can enter the body through small incisions in the skin or through the respiratory system. After exposure there is an incubation period of a few days to a month, and only then do the symptoms of the disease appear. At this point, if the disease is diagnosed, the patient can be cured Using antibiotics Simple penicillin or doxycycline. Therefore, it is very important to see a doctor immediately, even if only some of these symptoms have appeared in you, and you have been walking in streams in the north in recent weeks.

In the absence of treatment, the patient’s condition may worsen. The second stage of the disease, which is more dangerous but fortunately also rarer, may appear after a short respite of a few days in which the patient feels better, his body temperature decreases and he appears to be recovering. Then, in some cases, the disease reappears more violently and severely, and can lead to meningitis, pneumonia, hepatitis and even death. Infection during pregnancy May even cause For abortion or infection of the fetus. There have also been cases of breastfeeding mothers who have had their babies infected with a bacterium that has passed through the milk.

The most effective way to avoid contracting the disease is to stay away from polluted water, and in Israel – to obey the instructions of the Nature and Parks Authority and not to reach closed streams. As mentioned, the mouse bacterium infects various animals and is excreted from their bodies in the urine, and then can survive in the soil or water for many months. Because pets and pets can also be infected with the bacterium And transmit it to humans, people whose work involves contact with animals are at a particularly high risk of contracting the mouse. Transmission of the disease between humans is rare but Exists, and occurs primarily through sexual contact.

Every year About one million cases of mice are diagnosed worldwide, and about 60,000 people die from the disease. Outbreaks of mumps occur mainly in tropical environments, which are characterized by floods and flooding.