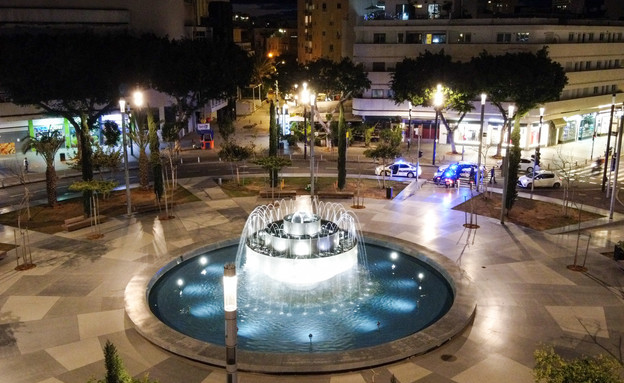 Along with a consistent decline in the number of patients in Israel and preparations for childhood vaccines soon, the corona is still far from over. The death toll from the plague worldwide has crossed the 5 million mark today and now the virus is the third leading cause of death in the world, after heart disease and stroke. All this against the background of the alarming figures and the numbers that are consistently rising across Europe, along with low immunization rates, especially in the east of the continent.

New Agency Report Deep Knowledge Analytics, Analyzed the effectiveness of the response to Corona in the last two years, by city. The report examined 114 variables in five categories – economic resilience, government services, health services, closure rates and vaccinations. The results are based on data collected up to September. Which touched on various issues that affect local conduct towards residents, ranging from the length of quarantine and financial support packages to civic resistance among residents.

Abu Dhabi took first place, which also leads in the vaccination rate (over 85% were vaccinated in 2 doses), Singapore in second place and Seoul in third place. In the final ranking, Tel Aviv is in fourth place with a weighted score of 67.28%, Jerusalem in 29th place with a score of 58.34, and closes the list in Bucharest with a score of 50.93. The average score for all cities was 55.36 out of 100 possible points, “indicating that each city still has room to improve,” said Alexei Krasnyov, director of research.

According to the authors of the report, the way to understand how cities are battling the plague is much more complicated than a general comparison of countries according to infection rates and mask laws. These measures are based on effective governance and a strong public health infrastructure.

The effectiveness of the closure was influenced by the development of emergency preparedness programs, and most importantly the immediate timing of their implementation as soon as the danger became potential. Most countries that were in recession or political instability were perceived as unprepared and suffered a devastating blow. These governments opted for economic stability over public safety through extreme last-minute containment, they delayed imposing restrictions and closing borders until the outbreak was inevitable.

In terms of access to vaccines, the study mainly examined the efficiency of the distribution and implementation of technology-based programs for assigning vaccines to the entire population. Another issue related to the vaccine is the general mistrust of vaccines. The rate of vaccines is very important, but in some cases countries have not found a way to persuade their population to get vaccinated voluntarily. For example, Russia has vaccinated only about 10% of the population has been vaccinated and the general distrust of local authorities is very high.

The aspect of local economic resilience also affected the efficiency of the conduct, during the epidemic it was discovered that many of the cities are unable to serve their population. Because a global emergency has led to a massive increase in the equipment needed in medicine and manpower, countries without local economic capacity have lagged behind. In contrast, cities with a well-developed urban infrastructure have managed to conduct themselves properly even in an emergency.

What leading cities have done right?

According to the report, cities ranked high on the list tended to act early and fast in general. Countries with response plans due to recent health crises, including Singapore, South Korea and the United Arab Emirates – were better prepared. Italy, however, had an epidemic but it Properly implemented, cities that already had – or were able to develop rapidly – technology related to telephone services and vaccine distribution were ranked high on the list, and populations that relied on their local governments were better able to fight the corona virus.