The discussion on vaccines in Israel opens: When will the vaccine be approved? 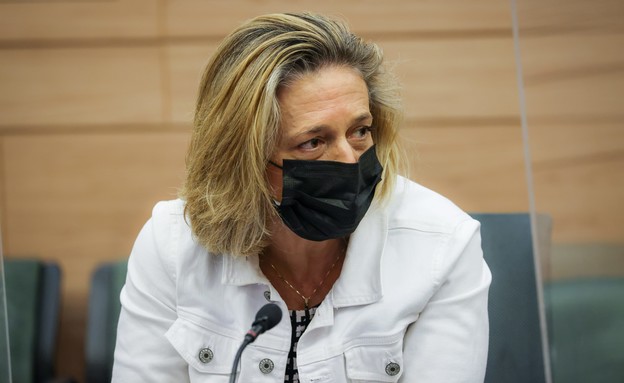 In Israel, the fourth wave of the corona plague continues to subside, but in Europe it is Begins to rise. The wave began in the east of the continent, in countries like Romania, but now see an increase in morbidity in Germany as well, Belgium And the Netherlands, who responded to it by reinstating the restrictions of the green mark and the obligation to wear masks. The increase in morbidity appears to be related to the attenuation of the vaccine, along with a very low rate of vaccines in the booster dose (third dose). So Europe is in a situation similar to what we were in Israel a few months ago, except that winter is now beginning there, a season in which respiratory diseases spread more easily.

Britain became today (November 4) the first country to ratify the Antiviral therapy Of the Merck company that recently submitted the interim findings of the clinical trial it is conducting for emergency approval by the U.S. Food and Drug Administration (FDA) following good results. This is a treatment given mainly to patients from risk groups and impairs the ability of the virus to reproduce by changes in its genetic material and thus reduces the patient’s risk of deteriorating into a serious condition. The drug has also been ordered in Israel, but it is likely that it will only be approved after receiving approval from the FDA, similar to the vaccine.
Britain has not waited for the FDA And approved the treatment In an internal procedure of its health authorities. The move came amid a long wave of morbidity the UK has been experiencing for about six months. Mortality from Corona in the United Kingdom now stands at about two hundred deaths a day on average, and no sign of decline is seen on the horizon. Currently, we have vaccinated only 11 percent of the population there on a booster dose. Perhaps accelerating immunization alongside treating patients with the new drug will help reduce the extent of the morbidity.

USA: The children’s vaccines are on the way

In the United States, Pfizer’s vaccination certificate for children has successfully passed all stages of regulation and received an emergency certificate. Last week Confirmed The Advisory Committee on Food and Drug Administration (FDA), with a majority of 17 supporters versus one abstainer, whose benefit of the vaccine outweighs its rare risks. Shortly afterwards, the FDA adopted the recommendation and approved the vaccine. Going forward Confirmed The Advisory Committee on Disease Control and Prevention (CDC) also unanimously approved the move, and CDC Chairman Rochelle Walensky stamping On the approval to vaccinate children aged 11-5.

The CDC discussion, which was broadcast live on YouTube, showed the data of Pfizer’s clinical trial discussed Last week. also Were presented Child morbidity data in corona in the United States, where corona has already become To the eighth factor In size for child mortality in the past year (1.7 percent). The numbers are “only” 66 children, but it is a preventable and unnecessary death. Indeed, the disease rarely harms children, but when the number of patients is so high, even a small percentage become significant numbers.

Similar to the discussion held by the FDA Advisory Committee a week earlier, the CDC also dealt with risk management, and as expected they also came to the same conclusion: that its benefit far outweighs the rare risks. According to CDC estimates, a childhood vaccine can prevent hundreds of cases of multisystem inflammation and hospitalizations in intensive care units.

Another argument in favor of the vaccine was that other vaccines given to children are also against diseases from which the number of deaths is very low, such as chickenpox, rot, earthworms, etc. This argument is less relevant because none of these diseases was an epidemic on the scale of the corona. Ultimately, the main reasons for approving the vaccine were maintaining the children’s health and returning them to a routine that had been severely compromised in the past two years. Shortly after the vaccine is approved, the vaccine performs Launched, with the blessing of the Pediatricians Association of the United States.

In the meantime, our Ministry of Health’s epidemic treatment team is discussing the issue of vaccinating Pfizer to children aged five and over in Israel. In the last summer, such a trend could be reversed within a few weeks. The discussion was divided into several presentations. First, the vice president of vaccine development at Pfizer presented the safety and efficacy data of the vaccine as presented last week at the FDA. The head of the public health services, Dr. Sharon Elrai Price, then presented the data on morbidity in children in Israel, which showed that not only the number of sick children increased throughout the epidemic but also their percentage of the verified. The recovering children suffer from persistent coronary symptoms even months after recovery.

In terms of vaccine benefit, the data presented by Elrai-Price show that vaccinated people are much less likely to be infected with corona, and if they are infected they are much less contagious than non-vaccinated. The data is based on A recently published study The MedRxiv medical archive has not yet been peer-reviewed. Elrai-Price stressed that the decision to vaccinate is up to the parents alone, and there is no coercion of vaccines.

The discussion also presented recent data from Israel that are now being published for the first time, including safety data for youth vaccines. One of the biggest concerns of many parents is myocarditis, which has been observed mainly in young men, In low frequency Of one to 6,600. The latest data show that the incidence of the phenomenon under the age of 16 is less than half, one in about 14,000 in boys, and only one in about 170,000 in girls. As mentioned, the expectation is that in younger children the phenomenon will be even rarer, depending on the trend and in light of the reduced dose. Elrai-Price concluded that it is very important to start getting vaccinated before the next wave begins. World morbidity is on the rise, it’s only a matter of time before the next wave comes, and it’s important to remember that it takes a month for the immune effect to peak.

Pediatricians Association Publish a position paper A review of the data on child morbidity in Corona, which shows that the risk of significant morbidity, which will require hospitalization among children up to the age of 18, is about 1: 900, there is significant morbidity but its extent is still unclear in persistent symptoms (Long Covid). Because the side effects of the vaccine in young people are much less than the complications of the disease, the recommendation of the Association of Pediatricians for ZTM was:

“In the State of Israel, in particular, given open education systems, our children will be exposed to the SARS-COV-2 virus sooner or later. Therefore, the realistic choice is between exposure to the virus as vaccinated, and exposure without vaccine. We, at the Association of Pediatricians, call for recommending the vaccine, while providing reliable and valid information, accessible, and with full transparency and clarity, to the parent and the child. ”

Although the team has not yet voted, but in accordance with the data presented, and the recommendations of the professional bodies in Israel and around the world, it will probably recommend to the Ministry of Health to approve the vaccine, and the children’s vaccines in Israel will be launched soon.