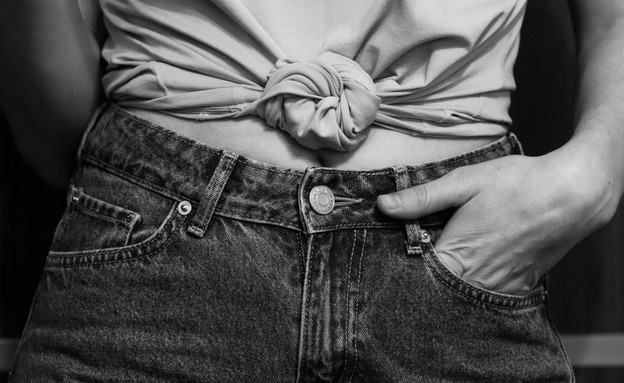 Many girls enter adolescence and experience for the first time menstrual symptoms including abdominal pain, headaches, nausea and more. Naturally most girls turn to their mothers as the first line of counseling, and no less naturally, many mothers feel great empathy for their daughters’ suffering, reassuring them that these are common feelings that every woman experiences with reaching childbearing age. But in many cases it does not end there and the pain continues. The recurring complaints do not result from indulgence or lack of resilience, they are an expression of a real medical condition called “endometriosis”.

It is called the female disease, is thought to be rare, and some claim to be out of proportion. The data indicate that one in ten women will suffer from endometriosis during her lifetime. However, even today many women are diagnosed with endometriosis blue years later, despite complaints that began as early as adolescence.

Endometriosis is a gynecological disease that most commonly occurs in women of childbearing age, manifested by the appearance of uterine cells in various areas outside the uterus, especially in the pelvic and abdominal areas. These cells create an inflammatory response that leads to pain, cyst formation, sensitive foci of endometriosis and infections in the areas of inflammation. In most cases, endometriosis lesions will affect the reproductive organs in the pelvis, including the ovaries, fallopian tubes, uterine ligaments, which in turn will lead to an effect on a woman’s fertility and chances of conceiving.

Diagnosing endometriosis can be a complex task, especially due to various and varied disease symptoms. Symptoms may include severe pain around menstruation, radiating to the lower back and legs, longer-than-normal menstrual bleeding, gastrointestinal disorders, tenderness and dull pelvic pain throughout the month, chronic fatigue, urinary disorders, mood swings and, over time, pain during intercourse. Sex and difficulty conceiving.

When it comes to young girls who are just beginning to experience menstrual symptoms, the natural tendency is to assume that these are normative symptoms as there are quite a few women, and attribute the multiple and varied suffering and complaints to the girl’s inexperience. We now know that the lack of specificity of the symptoms of the disease makes it very difficult to diagnose, and unfortunately even today many women are diagnosed with a delay of ten to twelve years on average.

How is the disease treated?

There is no reason to get into stress. The treatment options available to us today are effective enough and allow patients to live a good quality of life alongside the disease. One of the most effective treatment options for the disease is laparoscopic surgery, which aims to remove the lesions of the endometriosis, separate the adhesions and restore the condition to its original state. The success rates of the surgery are high, and many women benefit from it as an improvement in their quality of life and an increase in their chances of becoming pregnant in the future.

Along with the surgical treatment, and especially at a young age, sufferers of the disease can be offered hormonal treatment in the form of pills and sometimes also an intrauterine device, aimed at preventing the onset of menstruation and consequently also preventing symptoms and slowing the progression of the disease.

There are a number of additional and available options for improving the symptoms which are suitable for young girls. Dietary changes and complementary therapies such as acupuncture and even pelvic floor physiotherapy, all of these often help quite a bit in improving the symptoms and you should consider combining them. Often, the very diagnosis at a young age has enough to significantly improve a girl’s quality of life. From the moment of diagnosis she will be regularly monitored, and upon reaching a suitable age she can be offered the variety of treatment options available, whether surgical or hormonal.

In conclusion – our duty as caregivers is first of all to listen to the patient’s complaints, young as she may be, and to refer her for further medical examination among specialists who are engaged in the diagnosis and treatment of the disease. Beyond that, there is room for allocating resources in the public health system that will enable the training of physicians to diagnose and treat the disease, and even the establishment of dedicated clinics that will offer a system that will enable treatment and support of patients, under one roof.