4 things that must change in the health system in Israel 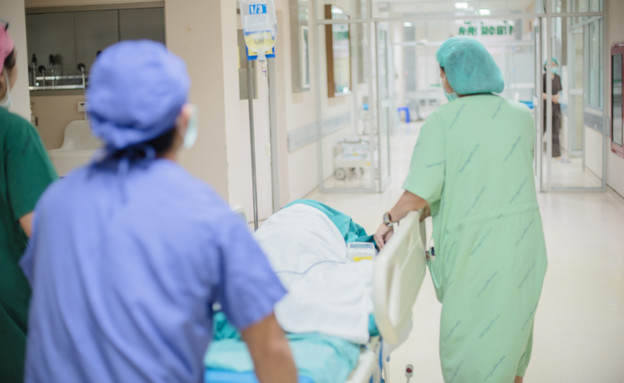 This week a new government was sworn in and with it a health minister who accepted the case out of a genuine understanding and desire to change and especially a recognition that “the main thing is health.” On a daily level there is a consensus that there is nothing more important to us than our health, because with everything else one can somehow get along, but for years, in a country where a sense of collective survival is above all, the most important system in our lives has been neglected.

It may be worth starting with good things, a public health system is the right thing for the State of Israel, it is a system that allows for the best medical services in the world in an equal way, and in relation to the gross national product (GNP) invested in it, the citizen receives not bad services at all. In the United States, health constitutes 17 percent of GDP, compared with only 7.6% in the State of Israel, and despite this, the life expectancy of an Israeli citizen is higher. The method in the US is such that if you pay for good insurance you will get excellent medicine and if not, you may not be able to get the things that for us Israelis seem like a basic consumer product. During my degree in health systems management in New York it is interesting to be the only one. And its disadvantages for people who are accustomed to health cost money and a lot.

After the paragons, it is time to make it clear that the reality is far from perfect and the health care system in the country has been neglected for many years and in many cases relies on philanthropy and funds that do not come from government ministries. Over seven years of over 26-hour shifts, phrases like “What do I pay Social Security for” or “You work for me” have come up quite a few times while trying to manage five cases at once, and of course as a doctor there is nothing frustrating about that, especially when you feel Mission while your high-tech friends jump from exit to exit while trying to cheer with phrases like “Yeah, but what you do is really, really important!”.

As in the beginning of the Corona crisis, so in daily life the health care system did not worry about its soldiers, and while hospitals were equipped with state-of-the-art equipment, ostentatious centers (most of which were accepted as donations) forgot that at the end of the day The first thing to do to change this is to increase the standards of doctors in professions that have become less prestigious such as internal medicine and significantly reduce the number of shift hours to hours that will allow interns to feel that in the simplest way – do not spit in their face.

Laboratory tests at the patient’s home

The year 2020 brought with it a leap when it comes to medical technologies and it was amazing to see how in an emergency years of bureaucratic procrastination could be solved in one “enter” on a computer by someone who refused to do so for years so as not to provoke controversy or interfere with his daily routine. As in the US also in Israel we suddenly saw that there are things that can be done in a great way like remote medical services that will also allow people in the periphery to enjoy good medicine no less than those living in the center of the country. However the system insists on not allowing citizens to receive innovative medicine. Shekels sitting in Magen David Adom warehouses for a project called “MDA Community”. The project was supposed to prevent unnecessary visits to the busy sorties through a specialist doctor sitting at his home and receiving information from a paramedic in the field. The information includes blood tests and a physical examination, and after all the data is in his hand the doctor can decide whether the patient requires evacuation or not. The project encounters bureaucratic difficulties, mainly the possibility of performing laboratory tests in the patient’s home, tests that have passed all the necessary reliability tests and are performed by professional paramedics. The issue of introducing rapid tests that do not require a complicated laboratory is stuck for years for reasons other than medical and any sane person understands that they can change the rules of the game and also the future of medicine.

Enough for a patient in the hallway

The other issue that needs to be removed from the system is the phenomenon of the “patient in the hallway” which is fundamentally wrong and in fact constitutes a basic injury to human dignity in its most difficult moments in front of the system. This is possible, for the simple reason that it is already happening in some hospitals in the country like Beilinson Hospital, which for years gives respect to internal medicine in general and as a result grows a future generation of internal medicine leaders out of it. As a young doctor one of the main reasons I decided to specialize in internal medicine there was exactly that reason. I felt that this was not just a respect for the patient but for the respect given to me as a doctor who receives basic tools for better care.

In some professions, the LGBT community requires customized medicine that meets its special needs. !) Of the therapists were exposed to the contents of LGBT medicine at a good level compared to 87% who expressed a desire to know more.

It is important to note that LGBT medicine is not just a matter of discrimination but an understanding that the medical world of 2021 is one that adapts itself to different cultures and needs to enable the most accurate and good medicine available. In recent years HMOs have begun significant steps in the right direction. It is the strengthening of medicine in the various professions that are relevant as more accessible to LGBT people everywhere in the country.

The value that the citizen gets for the money he pays is very reasonable but to get really good medicine there is a lot to do. We can be proud of the best technology and equipment and continue to build new and magnificent buildings but let the system not forget that those working in these buildings should feel valued and heard, and no, not in times of emergency but just in everyday life.

* Dr. Roi Zucker is an Internal Medicine and Infectious Diseases Specialist who specializes in LGBT medicine at Mount Sinai Hospital in New York.