Countries that have started vaccinating children under the age of 12 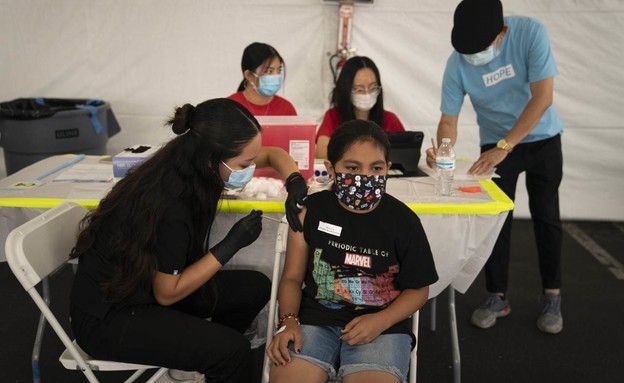 Tomorrow (Wednesday) the second discussion will take place in the Ministry of Health on childhood vaccines, with estimates that the vaccine will be approved at the end and next week the vaccination of children under 12 will begin. Israel will be the first country in the world after the United States to use Pfizer vaccines For children under 12 years.

There are currently 11 countries around the world, besides the US, that vaccinate children under the age of 12. Some use vaccines that have not been approved by the World Health Organization, and most do not provide complete data on immunization rates and morbidity rates among children. In Ecuador and Indonesia, children aged six and over began receiving the first vaccine.In Argentina, Bahrain and China, vaccines were approved for children from the age of 3. The UAE also began vaccinating children from the age of 3 with the Chinese Sinopharm vaccine in August, and in Cuba, children as young as two.

Venezuela: Vaccine from the age of two

Vice President Delsey Rodriguez announced yesterday (Monday) that Venezuela will begin vaccinating children aged 2 to 11 with the Cuban vaccine Soberana 2. While officials in the country say the initial results are similar to those of other vaccines that significantly reduce serious illness and death, Cuban vaccine trial results Passed peer review.

China announced in late October that it was expanding its vaccination campaign for children from the age of 3, who would be vaccinated with a vaccine developed by the country – Sinopharm. Vaccination rates in the country are among the highest in the world, 75% of all 1.4 billion citizens are vaccinated in 2 doses, and now adults vaccinated 6 months ago are eligible for a third dose.

As early as September, Cambodia began vaccinating children from the age of 6, with the Chinese vaccines, and in early November it expanded the vaccination campaign for 5-year-olds, after the Cambodian prime minister said the previous operation for ages 6 and up was successfully completed. “As of October 31, Cambodia has vaccinated 85.68%, 13.7 million of the total population,” he said. “We achieved our goal about eight months earlier than planned.”

In early September Chile began vaccinating children from the age of 6 with the Chinese vaccine. Five of the experts at the State Public Health Institute (ISP) in the country voted in favor of applying the injection to children over the age of 6, while two voted in favor of issuing it only to those aged 12 and over, and one voted against. 80% of the entire population of Chile has been fully vaccinated.

Cuba began vaccinating children from the age of two in the local vaccine it developed in September and was not recognized by the World Health Organization, making it the first country in the world to approve the use of corona vaccines for children as young as two years old. Despite dealing with severe food and drug shortages, Cuba has focused on developing its own vaccines. While local scientists say Cuban vaccines are safe and effective, there is very little data available to the public to prove their effectiveness.

Last Saturday, 712 new cases were reported in the country, the lowest number since mid-July. Francisco Duran, National Director of Epidemiology at the Cuban Ministry of Health, said the epidemiological situation in Cuba has improved in recent months, noting the high vaccination rates and active public participation in dealing with the health emergency. Meanwhile, more than 70 percent of the country’s eligible population has received a second dose of homemade vaccine.

What’s happening in the US?

In the United States, of course, no data has yet been released on the results of vaccines for children – yesterday it was reported that 260 children aged five to 11 received a first dose of Pfizer.

The parents’ main concerns regarding the vaccination of their young children aged 5-11 are related to potential long-term effects and serious side effects of the vaccine, including two-thirds fearing that the vaccine may affect their child’s fertility in the future.