Asthma: the types, causes and methods of treatment 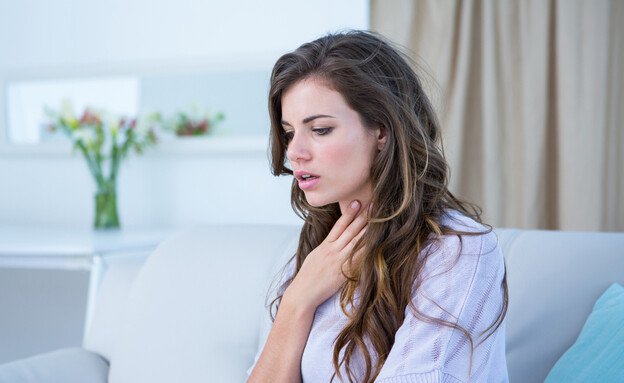 About 300 million people around the world live with it, and struggle to breathe with it.

Asthma (short in Hebrew) is a syndrome resulting from inflammatory processes in the airways, which cause their partial blockage. It is usually characterized by shortness of breath, wheezing, coughing and chest tightness. For reasons that are not entirely clear, asthma is particularly common in developed countries and affluent societies: one in ten children and one in 12 adults in these countries suffer from it.

We do not know exactly what causes asthma to break out in a particular person, but it is known that both heredity and the environment – as well as the interaction between them – are important in the development of the syndrome. Studies done over the years have identified hundreds of point genetic changes in DNA associated with an increased risk of asthma. But genetics is only part of the picture: environmental factors such as respiratory infections, especially viral infections at a young age, as well as exposure to tobacco smoke, air pollution and sensitivity to allergens in the air, also increase the risk of developing asthma.

The mechanism of action of asthma involves the joint activity of many cells in the immune system and the epithelial cells lining the airways. The resulting inflammatory process stimulates the bronchi in the lungs and leads to excessive production of mucus and phlegm, narrowing of the airways and structural changes in their walls.

One syndrome, many faces

For many years, only two forms of asthma were defined: allergic asthma and non-allergic asthma. But in light of the progress of research on the syndrome and a deeper understanding of the biological mechanisms responsible for it, this division is considered too simplistic. Today, various clinical manifestations of asthma are known, which differ in genetic susceptibility, environmental risk factors, age of onset, symptoms, diagnosis and response to treatments. Therefore, asthma is seen today as a syndrome, and not as a single disease.

Most of the children and about half of the adults with asthma suffer from what is traditionally called “allergic asthma”. Caused by sensitivity to allergens, such as house dust mites, animal dander, fungal spores, plant pollen and food products. When the body is exposed to an allergen, the dendritic cells in the immune system cause the secretion of cytokines – the communication molecules of the immune system. They, in turn, encourage inflammatory processes, including damage to the epithelial cells of the lungs, overreaction of the bronchi and their contraction, changes in the walls of the airways that lead to their narrowing and the production of mucus that clogs them even more. Many asthma patients cope with it with the help of a combination of corticosteroid inhalers – synthetic anti-inflammatory hormones – and a drug that opens the contracted bronchial muscles.

Asthma of the type previously called “non-allergic” often develops later in life. In patients suffering from this type of asthma, a different type of cells secrete the inflammatory mediator cytokines, so the result is similar but the source of the inflammation is different. Such asthma is more common in women and is often associated with chronic rhinitis and nasal polyps, as well as being overweight. Non-allergic asthma is often more difficult to control and requires the patients to consume steroids regularly, not only inhalers but through pills or injections, in order for them to affect the cells of the immune system throughout the body and not just in the respiratory tract.

Another form of asthma is severe asthma, which is responsible for about ten percent of asthma cases and its more severe symptoms. It erupts relatively late in life and is mainly characterized by resistance to corticosteroids. In asthma of this type, other cells of the immune system are active, and secrete a completely different collection of cytokines. The biological mechanisms involved in this form of asthma are still not clear enough, but studies have found a link between it and chronic bacterial infection, obesity, smoking and dysfunction of smooth (involuntary) muscles in the airways.

So how do you treat?

No treatment has yet been found that completely cures asthma, but with the help of drug treatments, patients can gain control over the inflammation, prevent the symptoms of shortness of breath, and lead a normal lifestyle. The main treatment options include different types of inhalers: some of them contain bronchodilator substances, which relax the muscles in the respiratory tract and thus allow air to reach the lungs, such as salbutamol, known by the trade name Ventolin; Others contain corticosteroids, which reduce inflammation; And there are also inhalers that combine both families of substances together.

Another therapeutic alternative is biological drugs, such as antibodies whose role is to neutralize some of the cytokines and thus stop the inflammatory process, or the antibodies that participate in it in patients with allergic asthma.

About five to ten percent of asthma patients continue to suffer from its symptoms despite drug treatment. Although our understanding of the disease has developed greatly in recent decades, there is still room for a more in-depth study of the biological processes involved in the creation of inflammation, especially in the differences between the various forms of the disease in the development of inflammation. In this way, it will be possible to develop effective, spot-on treatments with fewer side effects, and to give patients the opportunity to live a full life, saturated with air for breathing.

One thought on “Asthma: the types, causes and methods of treatment”