The harmful effects of e cigarettes on teens 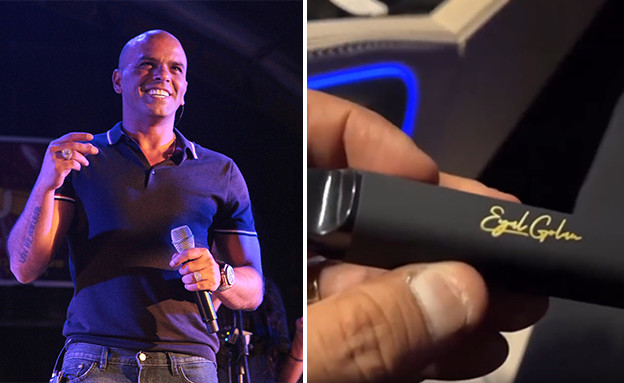 Singer Eyal Golan posted a new e-cigarette product starring him on his Instagram account yesterday, and caused a stir among health organizations. The Ministry of Health criticized the singer, who allegedly made a banned advertisement for tobacco products, and on behalf of the singer it was reported that he immediately took down all the shares on Instagram.

The Association for the War on Cancer also came out with a statement that “any use of e-cigarettes in young people is unsafe, even if it does not develop into cigarette smoking. Exposure to nicotine in adolescence can damage the brain development process, affect learning, memory and attention, , Like marijuana.

“E-cigarettes and various vaporizers are not innocent and safe to use products. They contain toxic, addictive substances and some are known to be carcinogenic. The use has been found to cause damage to the lungs, heart and blood vessels, and laboratory studies have found evidence of cancer. Because the product is relatively new. ”

In recent years the e-cigarette is gaining a lot of popularity among teenagers. Tobacco companies are trying to market the cigarettes as more elegant, less harmful and most importantly, as reducing the smoking of ‘real’ cigarettes. Research Published this year the ‘Smoking Eradication Initiative’ on the characteristics of smoking among adolescents illustrates the destructive impact of e-cigarettes on young people. According to the data, Every fifth boy / girl from the Jewish population in Israel began their journey in the world of smoking with an electronic cigarette. 6.18% of youth aged 17-15, 9.15% of 19-18 year olds and 8.5% of 21-20 year olds.

Also, for the first time among boys aged 15-17, e-cigarettes are leading in the index of teens’ experience in smoking products. “As the age decreases – the number and volume of other smoking products used as the first smoking product to experiment increases.” Written in the study.

It turns out that the tobacco companies very quickly understood the meaning of the new electronic product and were not left behind. “Every self-respecting tobacco company also owns e-cigarettes which already means a lot.” Says Dr. Ilan Green, director of the Department of Family Medicine at the National Health Insurance Fund. “At first the tobacco companies opposed and saw it as a threat, once they saw the potential they adopted it and marketed the e-cigarettes as a tool designed to help quit smoking. Today all the big companies have their own brand and the e-cigarette market in the world is around $ 14 billion.” .

Are there any benefits to an e-cigarette?

“A person who smokes a regular cigarette may benefit from the change. The e-cigarette is probably less dangerous and in this respect it has some advantage. Regular cigarettes have a burning process that releases toxic substances, about 400 types of chemicals, compared to the relatively clean evaporation process of The e-cigarette.

But the main damage is that we see that there are a lot of children and teenagers who start smoking e-cigarettes at a very young age and then there is always the risk that they will switch to regular cigarettes. It can be seen in graphs and statistics all over the world how young people are increasingly starting to smoke e-cigarettes and of course tobacco companies market it to young people, even if indirectly, through the variety of colors and flavors, just like sweets.

Another important statistic is that children are much more addicted than adults and sometimes 2/3 of cigarettes are already beginning a process of addiction in children. “Nicotine, which is the addictive substance, is found in large amounts in the liquid of the e-cigarette, and there have also been rare cases of grief that has led to nicotine poisoning.”

How can smoking data among young people be lowered?

First of all, education, education and education. A very disturbing phenomenon that we see in movies and series is the high rates of cigarettes in the actors. The CDC has published on the basis of studies in recent years that 60 percent of the films for young people over the age of 13, contain a hero who smokes. In addition, a change of more sanctions and enforcement in the field is required, as well as a significant increase in taxes on all the various tobacco products.