Sleep quality is more important than its duration to boost immunity 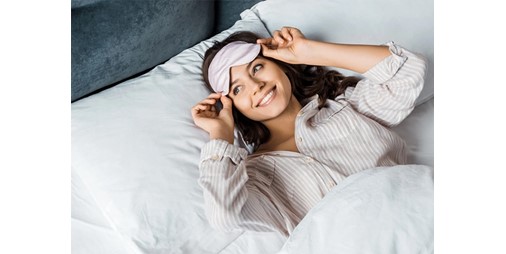 A study finds that getting good sleep is more important than getting the recommended seven to nine hours when it comes to disease prevention.

The study found that people who do not get good quality sleep, or who do not get enough sleep, are three times more likely to develop colds, influenza and other respiratory diseases such as “Covid-19”.

The results showed that good quality sleep can effectively compensate for sleeping less than the recommended amount of time, when it comes to boosting the immune system to help fight viral infections.

“Sleep is important for mental and physical health, including our ability to fight infection,” the lead researcher told The Associated Press.

Health experts recommend getting seven to nine hours of sleep each night, but “many of us restrict our sleep to make way for a busy life – for example: we regularly restrict our sleep when we wake up early for our daily obligations. But when you restrict your sleep, you won’t necessarily be more Prone to getting sick – it really depends on its quality.”

In this first study of its kind, scientists followed 1,318 new recruits in the army for 12 weeks.

Their work included tracking participants’ sleep patterns and health in the weeks before training and after joining the military, as they had to follow a strict wake-up routine.

On average, participants found that they slept two hours less during military training than during civilian life.

However, the researchers noted that more than half of those with sleep restrictions rated their sleep as “good quality.”

Recruits who reported sleep restriction during training were three times more likely to develop a respiratory infection, according to the team of scientists, after accounting for factors that influence these types of illnesses, such as annual seasonal timing and smoking.

However, the scientists found that sleep restriction only increased infection among those who reported poor sleep quality, while good sleep quality protects against respiratory disease, despite the shorter duration of sleep.

Professor Walsh explained to The Associated Press: “There are two very main messages here: first, that restricted sleep patterns can lead to more frequent disease, and second, and most surprisingly, that good sleep can outperform long-term sleep in terms of our immunity to cancer. the disease”.

“This is a very useful message in our busy world where sleep is often sacrificed for other activities,” he added.

Building on the study’s findings, Professor Walsh said there are five things people can do to improve sleep quality. Which includes:

Make sure the bed and pillow are comfortable and the room is cool, dark and quiet

Doing exercise during the day to help sleep