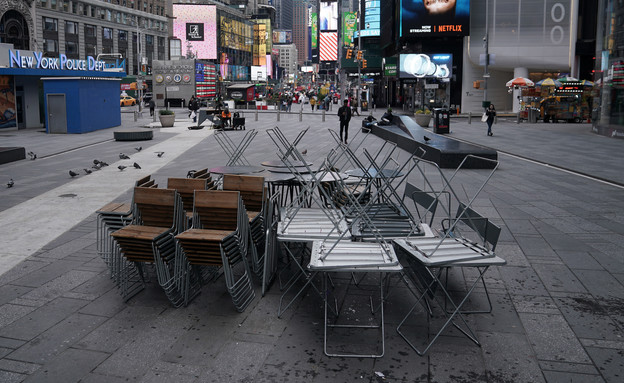 A new study links reduced infection during the closure period to a decrease in heart attack cases. The researchers found that the number of heart attacks between January 2019 and April 2020, decreased by 6% for every 10 micrograms per cubic meter in the pollution of small particles in the air.

The results of the study will be presented on Saturday at the annual meeting of the American Heart Association AHA, the scientists will prove evidence that reducing air pollution in the US as a result of COVID-19 closures in 2020 was correlated with a lower incidence of heart attacks. Burning fuel in vehicles, factories and power plants, can penetrate deep into the lungs and cardiovascular system and cause severe heart attacks.

The researchers focused on P.M2.5 particles, particles less than 2.5 μm in diameter (for comparison, a single hair is 70 μm in diameter). High levels of particles in the air are a risk factor for the most severe form of myocardial infarction (STEMI), a complete blockage of the coronary artery that interrupts the blood supply to the heart muscle, which can cause extensive tissue damage.

Scientists from the University of California examined the daily incidence of heart attacks between January 1, 2019 and April 30, 2020, while collecting average daily PM2.5 concentrations across the U.S. from the Environmental Protection Agency website. The scientists found that for every 10 micrograms drop Per cubic meter at the PM2.5 concentration, were 6% less than severe heart attacks.

“There has been a 4.5% decrease in fine particle pollution during the last two weeks of March 2020, compared to the same period in previous years,” explained Sydney Young, lead researcher. “Such pollution has dropped by more than 11% when looking at counties in countries that have introduced early closure of non-essential businesses. Although more pollution is known to increase the risk of STEMI, this demonstration of interrelationship provides the most direct evidence that efforts to reduce environmental pollution can Prevent the most severe forms of myocardial infarction. ”

The number one cause of death in the United States

Heart disease is the leading cause of death in the U.S. In 2017, exposure to particulate air pollution was linked to more than seven million premature deaths and the loss of 147 million healthy life years worldwide. Short-term exposure to airborne pollution not only increases the risk of heart attacks but Also stroke, arrhythmias and heart failure. Research From 2020 Found that high concentrations of fine particles in the atmosphere may even increase the rate of hospitalizations due to Parkinson’s disease and dementia.

“It is also possible that other reasons reduced the causes of heart attacks – less activity involving exertion or other stressors, for example, which were also a result of the closures,” said Professor Joel D. Kaufman of the University of Washington. “If it turns out we can significantly link the reduction of air-related air pollution during corona closures, to a reduction in heart attacks, it points the way to a big change that can help reduce the burden of heart disease. We know how to reduce air pollution concentrations and have seen it possible.”