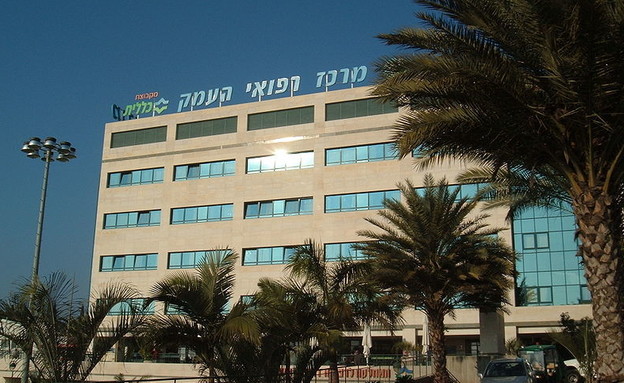 Parents of a four-month-old baby from the north of the country claim that the negligence of the doctors at Haemek Hospital caused their daughter to die. The incident occurred about two months ago. Noga Panso’s mother and grandmother, a four-month-old toddler, came to the emergency room of Haemek Hospital after she did not feel well. According to the parents, the doctors examined her and her condition was normal.

“All the metrics were normal. She was alert,” the parents claim, “there was no cause for concern. We thought it would take a few hours and we would come home with her. We noticed her diaper was dry for a few hours so we took her to the hospital for examination. We did not want to take risks. as usual”.

Shortly afterwards, their daughter was pronounced dead at the hospital. The release letter given to her parents stated that the toddler arrived at the hospital as she was ‘gray, apathetic, sighing and moaning and looking very weak’. According to the parents, the description does not correspond to reality and comes to cover up the shortcomings of the medical staff.

The parents hired the services of attorney Anat Ginzburg and she sent a scathing letter to the hospital management. In the letter, she demands to have all the security cameras in her hands to prove that the toddler was indeed healthy. They arrived at the hospital parking lot until they arrived at the emergency room and were received by the nurses, which will prove beyond any doubt that this is negligence.

In the letter, she noted that there is a grave concern that the videos will be deleted. She wondered why the hospital was afraid to hand over the security videos. Since her request has not yet been fulfilled, she turned to the Tel Aviv Magistrate’s Court to order the protection of the security videos relating to the late Panso.

The judge hearing the request ordered the hospital to keep the videos, which may in the future help resolve the dispute between the parties. The parents intend to file a medical malpractice lawsuit against the hospital. They claim that their daughter died in vain without being explained the cause of death.

The Emek Hospital said in response to the parents’ claims: “We reject the allegations out of hand. The baby was evacuated to the emergency room in the evening when she was in a critical condition. After her family members did not feel well. “In the emergency room, systems in her body collapsed and despite the prolonged resuscitation operations of senior and experienced doctors and staff, they were forced to determine her death. We share the family’s deep sorrow.”