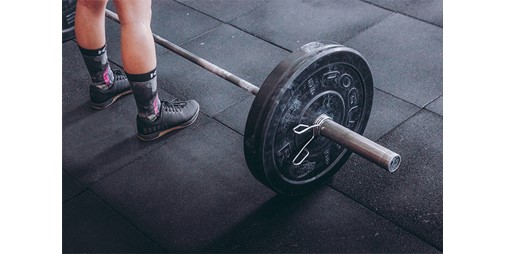 A recent medical study, whose results were published in the British Journal of Sports Medicine, revealed the relationship between weightlifting and deaths recorded at an early age.

The study said that lifting weights regularly can reduce the risk of people dying early, according to the British “Sky News” network.

According to the study, adults who were heavy lifting had a 9 percent lower risk of all-cause mortality.

And participated in the study, conducted by academics at the National Cancer Institute in the United States, Brookville, Maryland, 100,000 adults, the average age of 71 years.

Study participants provided information about their weightlifting and any other exercise they did.

After following them over a period of 6 years and 6 months, the study found that those who exercised weightlifting had a 9 percent lower risk of death, while the numbers linked the decline in heart disease rates to this sport.

In their study, the researchers noted that “lifting weights in older adults was associated with a lower incidence of all-cause mortality and cardiovascular disease.”

The study indicated that, “A lower all-cause mortality was observed in older adults who engaged in aerobic exercise or weightlifting, but the lowest risk of death was observed among adults who reported both types of exercise.”

The study advised adults to do at least 150 minutes of moderate-intensity activity, or 75 minutes of vigorous activity per week, to maintain their health.

Watching the World Cup broadcasts? Turns out it’s healthy to be a sports fan

Does your throat hurt? These are the foods that are best avoided