Hikers return along the Dolomite paths 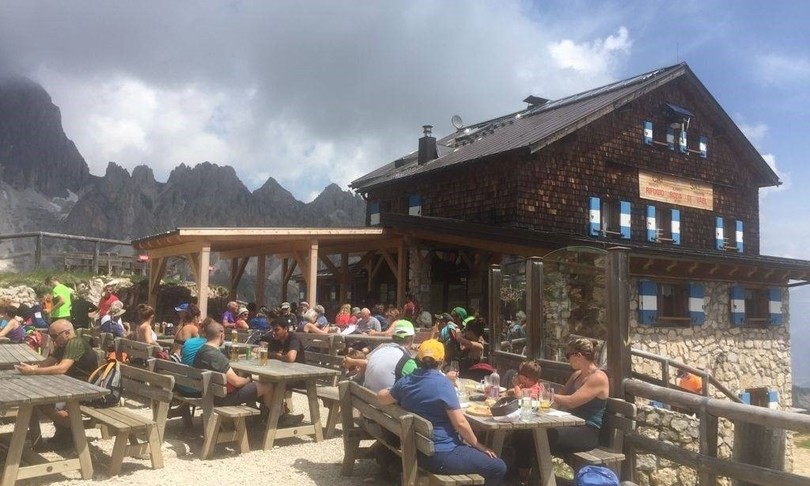 AGI – ‘Walk to shelters‘, the historical adage, is an ever stronger feeling of those who live the mountain with passion. The uncontaminated nature, the majesty of the mountains, the unique and breathtaking postcard views that can be seen walking through the woods but even more along the paths in complete absence of vegetation, are a strong tourist attraction.

In the northernmost lands of that Italy ready to start again between masks and vaccines against Covid-19, there is only the embarrassment of choice. Mountain combined with wellness, mountain to be experienced step by step, laboring and sweating meter after meter, the tourists they are already animating several locations tourists heavily affected by the total cancellation of the winter season.

On the day that officially gave way to the summer season, between sunshine and temperatures well above 20 degrees even over 2,000 meters, the AGI made an excursion to one of the most popular areas for tourist-hikers, especially Italians, that of the Southern Catinaccio between South Tyrol and Trentino. The grandeur of the Roda di Vael, the ‘rose garden’ (the Gartl) in the central part of the Catinaccio (Rosengarten in German), mountains that give the emotion of the enrosadira phenomenon (mountains and walls that turn reddish at sunset) , today they have been experienced by hundreds of hikers.

Many ‘hello’ and ‘good morning’ but also ‘gruess Gott’, a typical greeting from the Austrian mountaineer and above all from many Laender from Germany, crowds of tourists were seen. In the car parks at the foot of the paths foreign plates were almost exclusively German ones.

Al Roda di Vael refuge, at over 2,200 meters and overlooking the Val di Fassa with a view of the Marmolada and the Civetta, for lunch it was difficult to find a place on the tables outside the shelter. Tonight for the overnight stay – about 55 beds available – are all sold out. The bed rate is 32 euros, half board 58, rates that for the members of the Italian Alpine Club go down to 16 and 47 euros respectively.

To the neighbor – 2 hours walk – Fronza alle Coronelle refuge, also the arrival point of the cable car, the beds were almost all sold out. At over 2,000 the coronavirus pandemic seems very far away but is remembered when you enter the shelters – defined health rules, including disinfecting the hands, masks and distancing – or you meet other hikers who wear the mask between the wrist and the humeral area.

To break the absolute silence that the mountain offers was the overflight of the yellow and red helicopter of Trentino Emergenza that entered the Val di Vajolet. It was a rescue because two hikers had slipped a few meters on a tongue of snow while they were walking the demanding path (1st grade) that from the Vajolet refuge leads to the Re Alberto refuge at the foot of the Vajolet Towers at about 2,300 meters.

A woman from thirty born in 1965 in an attempt to rescue her fellow excursionist, who slipped for a few meters, suffered a head injury. It is precisely the tongues of snow, definitely dangerous for simple tourist-hikers, which do not yet allow long excursions. Season of ‘walking through shelters’ has just begun e it will end, weather permitting, around mid-September.