Thus rude behavior can lead to a wrong medical diagnosis 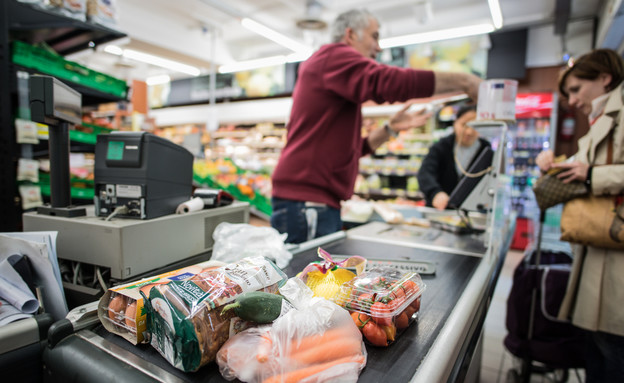 If it has ever happened to you that you got upset about rude behavior, like a person overtaking you in line at the supermarket checkout or a driver cutting you off on the road – and you were nervous about it all day, you are definitely not alone- It also happened to the most calm among us- But now new research illustrates how much these situations can affect us and those around us- It turns out that in some cases and especially in a medical environment, rudeness can lead to misdiagnosis and medical treatment that can even lead to life-threatening- And the psychological mechanism behind it is more complex than you think-

Anchoring bias effect is a state of cognitive bias, in which a person receives a particular piece of information that affects his perception, judgment and decision-making- The bias is that the same piece of information (the “anchor”) is obtained near the decision and thus will affect it, even if the information is inaccurate or incorrect and will lead to an irrational decision or a decision that would not have been made without that “anchor”- An example of an anchor tilt is when a person goes to buy a car; There is a high probability that he will buy a vehicle located next to a more expensive model (the “anchor”)- When negotiating a car price, prices that are lower than the anchor will seem more reasonable and even cheaper for the buyer, even if those prices are relatively higher than the value of the same model on the market-

In a current study published in the Journal of Applied Psychology, a team of researchers from the University of Maryland, Carnegie Mellon University, University of Florida and Thomas Jefferson University Hospital wanted to examine how rude behavior can affect and even reinforce anchorage-

Anchor tilt can also affect a medical diagnosis- In fact, it is especially common in these situations- The researchers explain: For example, when you turn to counseling and say “I think it’s a heart attack”, it may be the anchor in this situation and the doctor may prescribe this diagnosis, even if there are signs that it is a stomach upset- According to the researchers, this could lead to incorrect treatments-

Researchers have previously researched the effect of rudeness in the workplace and knew that when people experience rude behavior towards them, it draws from them many psychological resources and it reduces their thinking pattern- They hypothesized that this would also have an effect on anchoring bias- During the study, the researchers performed a medical simulation among interns who were asked to diagnose and treat a patient- But before the simulation began, participants received a (wrong) suggestion about the patient’s condition- This proposal served as an “anchor”, but during the simulation, the simulator offered feedback that the disease is not what was accepted in the proposal, but another disease- Before some of the simulations, the researchers asked a doctor to enter the room and behave rudely towards another doctor present in the room, in front of the interns-

The researchers noted that when the interns experienced rude behavior before the simulation, they continued to treat the wrong disease, even when they were consistently presented with information that showed it was another disease- “They continued to treat ‘anchor’, even when they had sufficient reasons to understand that the anchor diagnosis was not the correct diagnosis,” the researchers noted- Simulations were made in different situations and in all the simulations the results were consistent – those who experienced rude behavior were more likely to “get stuck” in the anchor and actually settle for the wrong offer they received before making the diagnosis to patients- The simulations included rude behavior that happened to another person and also rude behavior that was directed towards the interns themselves and in all situations the results were similar- “Rudeness narrows the perspective and that narrow perspective raises the likelihood of an anchor bias,” the researchers noted- They add that often the anchoring bias is insignificant, but in important situations, such as during a medical diagnosis, or during an important negotiation or any situation where significant decisions need to be made – interpersonal interactions become much more important- Small things, like rude behavior, even if “small”, can stay with us and affect us in ways we are unfamiliar with-

More in—- health:
>> 10 ways to reduce belly fat
>> Is it time to stop using toilet paper?
>> How do people reach the age of 100? A scientific explanation has been found

But there is also a way to fight it

The researchers not only examined how rude behavior affects anchoring bias, but also looked at ways to combat it- Because they found that rude behavior can lead to anchor bias by narrowing the perspective, the researchers explored two ways to broaden the perspective and the ability to process information- One of them is looking from another person’s point of view and another action that can help is information processing, which allows one to look at the situation from a broader point of view- Both of these actions help combat the effect of rude behavior on anchoring bias-

But researchers stress that these actions should be the last resort- The real solution to preventing anchoring bias is to simply consider carefully how we treat people in environments where important decisions are made- According to them, aggressive behavior in the workplace has never been acceptable, but for the most part we tend to be more forgiving towards rude behavior – and that should stop- “In the simulations we found that the mortality rate increases due to rude behavior- People can die because someone insulted the surgeon before he started the surgery,” the researchers concluded-