Primary in Rome, Gualtieri favored but there is an unknown turnout 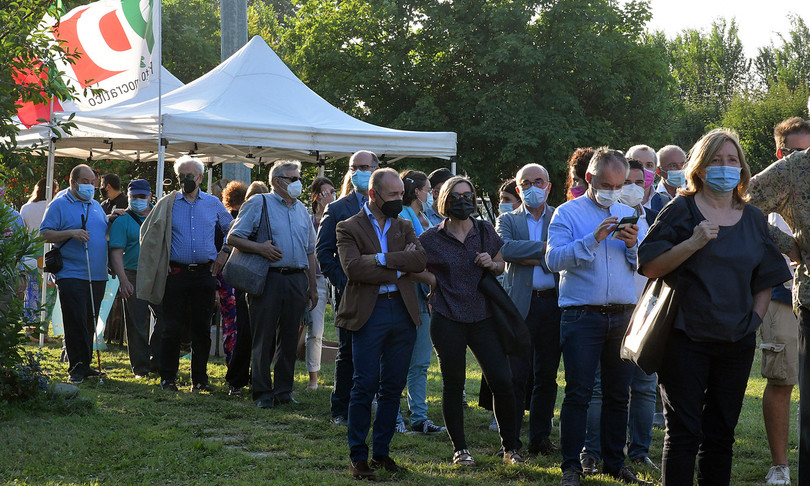 ` – Sunday 20 June, from 8 to 21, open seats for the center.left primaries to choose the mayoral candidate for the Capitol. Seven candidates in the running, the favorite is the former Minister of Economy Roberto Gualtieri, deputy to the Democratic Party, the real unknown, however, concerns the turnout. Almost 200 gazebos set up between Pd sections, clubs and streets900 volunteers, those over 16 can vote.

But, on a hot summer Sunday, with the national team playing at 6pm, after a year and a half of the Covid pandemic, participation could be affected. In 2013, in the dispute won by Ignazio Marino over David Sassoli and Paolo Gentiloni, almost 100 thousand voted. In 2016, a few months after the ‘defenestration’ of the former mayor, 43 thousand went and Roberto Giachetti prevailed over Roberto Morassut.

This time the hope in the Pd house is not to drop below 40 thousand participants, about 3 thousand people would have registered on the online voting platform accessed through the Spid. The electoral campaign did not reserve great angularity among the competitors. The only thing that caused discussion is the seat of the first debate at 7, inside the Spin Time Lab, an occupied building that houses migrants and people in housing emergency.

Both the center.right leaders, Matteo Salvini and Giorgia Meloni, and the mayoral candidates Carlo Calenda and Virginia Raggi have argued about an inappropriate choice that in their opinion winks at illegality. Gualtieri’s reply: “A serious mayor goes where the problems are and try to solve them. Turning to the other side is useless. In Rome, the hardship and housing precariousness affect thousands of people “.

A theme that animated the debate among the candidates is the relationship with the new M5s led by former premier Giuseppe Conte, given the attempt at an alliance at the national level. “the failure of this council and the low value of the results it has achieved“. Stefano Fassina, deputy of the LeU and councilor of the Left for Rome, invites instead to have a more dialoguing attitude with the 5 stars in view of the second round.

On a similar line, Giovanni Caudo, president of Municipio III, who speaks of “listening to the leftists who will vote for M5s or Calenda and understanding the reasons”. While Imma Battaglia, candidate of Liberare Roma, underlines: “The Rays is one thing, the 5 Stars are another. We need to evaluate alliances on the values ​​we shared in the intent charteri “. More attentive to social issues and to the reduction of inequalities amplified by the pandemic Paolo Ciani, regional councilor of Demos, near Sant’Egidio. Tobia Zevi also in the running as an independent devoted to the issues of younger groups and Cristina Grancio, former councilor M5s, for the Psi.