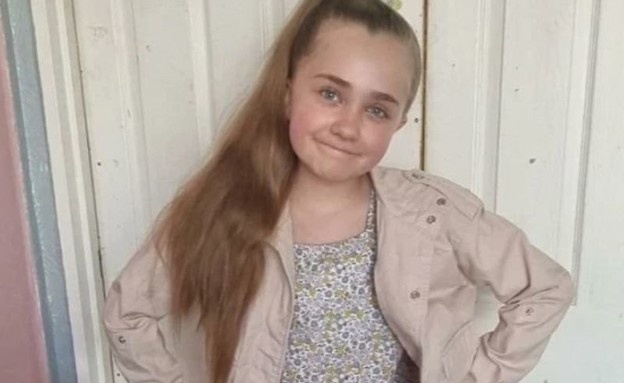 10.year.old Holly Hartley from Essex refused to get out of bed and go to school. The family initially thought they were trying to evade another school day, but what happened later made it clear to them that it was not a whim.

Holly went to school, but very quickly her parents got a phone call. “We were told to take her home because she is ill and suffering from blurred vision,” her family members told local media in an interview. Holly was examined for long hours by the doctors at the hospital. “They were trying to figure out what it could be and what was wrong with her eye.” After waiting for about six hours, the doctors were able to reach a diagnosis.

It turned out that Holly was actually suffering from a tumor and had about 24 hours left to live. “My sister asked us if she was going to die and if she would go to sleep, would she never wake up? It was heartbreaking,” said Holly’s older brother, 18.year.old Charlie. “When I saw her in the hospital, it was very difficult. She was full of plasters and bandages, there were needles in her arms and she was connected to the respirator. We had a hard time believing it was Holly,” he said. “But we tried to remain optimistic about it.“

Fortunately, Holly successfully underwent surgery to remove the tumor. But it was discovered that the source of the tumor was type 1 neurofibromatosis, an inherited disease that manifests itself in the nervous system, skin and eyes. In some sufferers, the disease will manifest itself in freckles and spots on the skin only. But in others it can be more severe and affects the nervous system and eyes and other systems in the body, due to tumors. In Holly’s case, a tumor developed in the nerve cells in the brain.

More in—. health:
>> 10 ways to reduce belly fat
>> Is it time to stop using toilet paper?
>> How do people reach the age of 100? A scientific explanation has been found

Now her family has launched a GoFundMe page to raise funds for treatments and an unforgettable trip with Holly. “She always loved Paris and ‘Disney’, so she always wanted to go to Disneyland Paris. It could make her dream come true.“