How do you deal with stage fright? 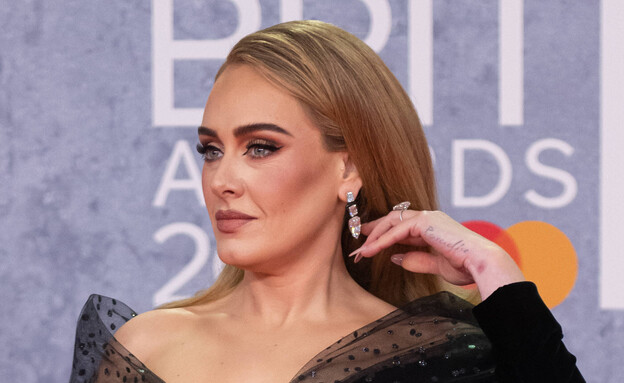 Recently, the singer Adele revealed the reason for the huge excitement that arose in her just before she went on stage, and it turns out that this is exactly the same reason that caused her to cancel a show in the past. The singer confessed to her fans about her stage fright. “I think it’s safe to say now that I’ve never been this nervous before a show in my life,” she shared honestly.In fact, stage fright or “audience anxiety”, is a fairly well-known phenomenon. In one of Jerry Seinfeld’s amusing monologues, the comedian says that he came across a study that claimed that fear of crowds is the most common anxiety in the population, and that death is only in second place. According to him, the meaning is that at a funeral, for example, most people would prefer to be wrapped in shrouds and not be among the obituaries.

Although due to various studies examining the prevalence of the phenomenon, it is difficult to confirm Seinfeld’s words; At the same time, it is clear that stage fright is defined as a subtype of social anxiety, and it is not a rare phenomenon. In fact, it is even more common among professional artists who spend their time on stages. This statistic is surprising considering the fact that the accepted treatment for social anxiety is, among other things, exposure, which in practice requires placing the person dealing with the problem on stage again and again until he gets used to it.

What causes fear in what?

The basis of crowd anxiety (and of social anxiety) is the fear of rejection and criticism, and these are also considered diagnostic criteria. This implies that factors that affect the chance of rejection and criticism can also affect anxiety. For example, it is important to understand who are sitting in the audience, what is the previous experience of the performer in front of them, what is the extent of their influence on the future of the performer, how many people are present in the room or hall, etc.

What is the usual treatment?

When a person seeks treatment for stage fright, it is common to offer him a combination of psychotherapy and medication. The most researched and probably the most effective form of psychotherapy in this regard is CBT. The cognitive part is actually the understanding that the consequences of the “fadeh” are not so terrible, and if we go back to Seinfeld’s story – of course death is not better. Although this understanding does not “cure” those who suffer from the problem, it certainly contributes to the behavioral part which involves gradual exposures. These exposures refer to the steps that the person dealing with the problem must take: appear in front of the mirror, then in front of one person (preferably a big fan), then in front of a small audience and so on. In this context, it is worth noting that the level of professional preparation for the show has a direct effect on the audience’s anxiety, as it reduces the chance of encountering professional problems on stage. For example, an artist who fakes or a lecturer who forgets what he is talking about, has more objective reasons to fear the audience’s reaction.

The medicinal part is slightly different from the usual treatment for other anxiety disorders. While the common treatment for most anxiety disorders is the use of drugs from the SSRI family, the effect of which is felt only a few weeks later; The treatment of stage anxiety is fundamentally different, because the cause of the anxiety is very focused, and has a known and usually defined date and address that can be anticipated in advance. Therefore, one-time treatment can only be given at the relevant time – such as, for example, before a performance or a presentation in the office. By the way, sedatives “Classics” from the benzodiazepine family may be problematic in such a case, since most of them act similarly to alcohol and have a sedative effect that impairs concentration – definitely not a desirable aspect while the spotlight is on the patient.

The conventional drugs are relatively old drugs, which cross the blood-brain barrier, and act immediately against the physiological effect of adrenaline.

Bottom line: if stage fright affects you too, you are probably not the only one who suffers from it. The good news is that today there are proven and effective treatment methods. As with any problem, in this case too, it is better not to wait until the last minute, but to seek proper treatment.

The author is Dr. Shahar Robinson, an expert psychiatrist and head of mental health in the southern district at Maccabi Health Services

One thought on “How do you deal with stage fright?”