All the health benefits of mushrooms 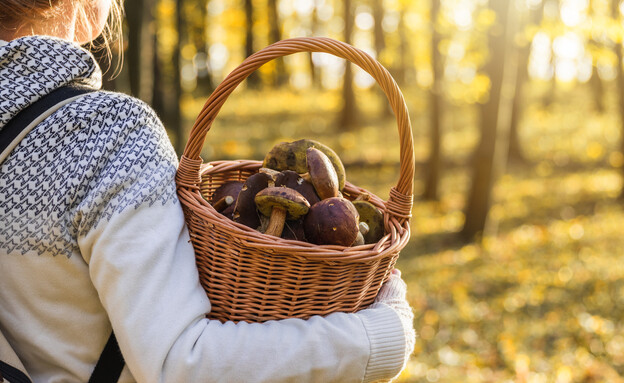 In recent years, the modern world has been exposed to the many benefits of eating mushrooms. From antioxidants to lowering stress and increasing vitality in the body’s cells. Many are not aware of this, but fungi are a kingdom unto themselves and are closer to animals than to the plant world. They digest their food outside their bodies and live on organic matter (mostly dead), which serves as a breeding ground in which they breathe life. Another surprising fact is related to the huge number of species of mushrooms. It is estimated that the number of mushroom species on Earth ranges from half a million to 10 million species. Only 120 thousand species have been classified so far, and 270 of them have been found to have therapeutic potential for human health. For example, at least 32 mushroom species have been identified as essential for cancer treatment, but only 11 species have been clinically tested to date.What is healthy about mushrooms?

Mushrooms are a food that provides the body with essential nutrients, including: minerals, vitamins, proteins and fibers; The helpers to raise the level of vitality and maintain a healthy weight. They are very low in calories and high in protein, making them an excellent choice for weight control. Mushrooms also contain antioxidants such as selenium and ergothionene, which contribute to reducing the level of inflammation in the body. One serving of cooked mushrooms can provide up to a third of the daily recommended amount of copper – an essential mineral needed to maintain bone health. They also contain vitamin D, which helps the calcium absorption process, and B vitamins, including folic acid, which is essential especially for pregnant women. It is worth noting some prominent components in which the mushrooms excel:

It is important to clarify that alongside edible mushrooms, such as champignon, portobello or porcini; There are 3 other types of mushrooms: medicinal, magic (mind-altering) mushrooms, and poisonous mushrooms. Therefore, it is useful to know them well and it is important to use a mushroom definer. If you are not sure – you should avoid consuming them.

bottom line, Mushrooms are a kingdom that ranges from species that can kill those who eat them, to those that can cure diseases in a natural and effective way. It is recommended to consume edible mushrooms as part of the daily menu. Their regular consumption strengthens the body, increases the level of vitality and strengthens the ability to deal with the development of diseases.

The author is Dr. Nader Bhutto, a cardiologist, researcher and developer of the unifying integrative medicine system, who will also speak at the “Healthy Eating” conference that will be held on November 24-25 at the Givatayim Theater.

One thought on “All the health benefits of mushrooms”