Underwent a failed hair and eyebrow transplant in Turkey 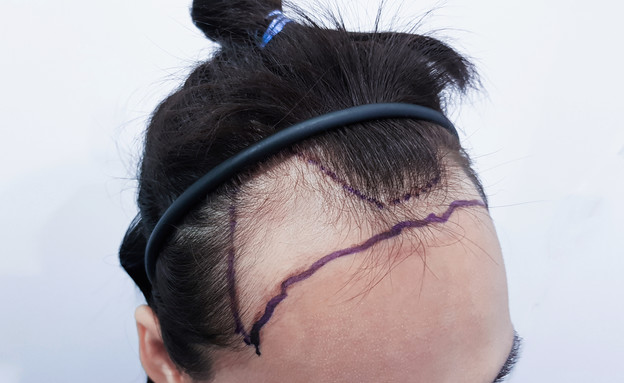 C., a resident of a locality in the lowlands in her 40s, signed an agreement with a company that specializes in hair and eyebrow transplants in Turkey. “I was assured of maximum success and that the procedure would be performed without shaving and pain,” she claims, “I was explicitly told that the staff at the hospital in Turkey would be Israeli so that I would understand what was happening at any given moment.”

She said she was assured that as soon as she landed at the airport in Istanbul she would be picked up at a five-star hotel with full board, and that the recovery time would be up to three days.

In practice, she claims, this did not happen. Upon landing, a driver who does not speak Hebrew arrived at the airport. She and the rest of the group stayed in the field for about four hours and arrived at the hotel only at night without receiving any food.

To her amazement when she came for hair transplant surgery at the hospital the staff did not speak Hebrew and it involved shaving her hair contrary to what she was promised. “They gave me a few injections. The treatment involved very strong pain and lasted 11 hours,” she noted.

“Since the operation I have been suffering from itching, bruising and dandruff. It has been more than a year and the transplanted hair has not grown. The height of the hairline on the forehead has not grown at all and the eyebrow transplant has failed,” she claims.

C. filed a lawsuit against the company in the Small Claims Court in Rehovot, in which it was alleged that the company did not meet its obligations to her and that she was not the only one who complained about it among the group members who underwent the hair transplant. She demanded to return her money and receive compensation of NIS 34,000. “Following the treatment, pits were created in my head,” she testified in court.

A company representative claimed in court that the surgery is without shaving and pain but it is individual to person and that Shag signed the documents as someone who understands the procedure she is undergoing. The representative further noted that G. could not cancel the deal because she received full consideration and her hair transplant was successful.