“Via the outdoor masks from June 28”, the announcement of Hope after the OK of the Cts 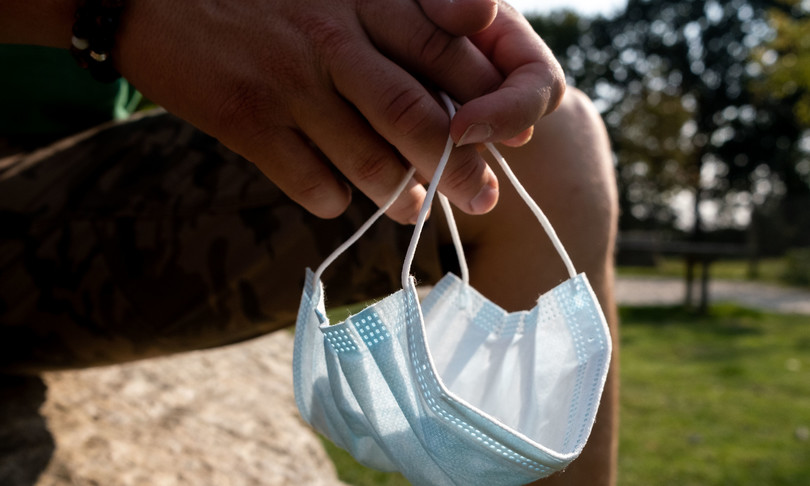 ` – Green light from the Technical.Scientific Committee: it will no longer be mandatory to wear masks outdoors in the white area, but only have them with you to put them in case of risk of gatherings, indoors or on public transport. The CTS argued that with the current incidence there are conditions to remove the masks outdoors starting June 28– The Technical.Scientific Committee writes this in the press release signed by the spokesman Silvio Brusaferro after the meeting that had closed, as far as we know, with a general indication for the abolition of the obligation on 28 June or 5 July, without indicating the exact date. But subsequently, it was decided to insert it, obviously leaving the Government to decide.

“The masks remain an effective means”

The CTS points out that “the masks represent one of the most effective means for reducing the circulation of the virus”, recalling that “the epidemiological scenario is characterized by a stably and significantly lower incidence of 50 cases x 100,000 inhabitants in the 7 days indicative of a limited circulation of the SARS.CoV.2 virus; this will translate into a national picture that will see from next week all regions in the white zone “.

On the basis of these data, the CTS believes that “in the current epidemiological scenario starting from June 28 with all the regions in the white zone there are the conditions in the so.called white zones to overcome the mandatory use of masks outdoors, except the contexts in which the conditions for a gathering are created (for example markets, fairs, queues, etc.) “, indicating that” people must always carry a mask so that they can wear it whenever such conditions are created; the use of the mask is strongly recommended in fragile and immunosuppressed subjects and those who are close to them; it must always be worn in healthcare environments according to the protocols in place; the obligation to wear a mask in all means of public transport must always be maintained; the provisions and protocols established for the safe exercise of economic, productive and recreational activities must be respected “.

The Minister of Health, Roberto Speranza, confirmed on Facebook: “From 28 June we have overcome the obligation to wear masks outdoors in the white area, but always in compliance with the precautionary indications established by the CTS”. As explained by the Undersecretary for Health, Andrea Costa, who had already said he was in favor of a lifting of the obligation from June 28: “I believe that at this point we will have to give a signal to citizens as soon as possible. Italy in the white zone, it may be the right date. It is a sign that citizens deserve “.

The CTS thus closed, after less than two hours of meetings, the long season of the obligation of outdoor masks: it had been introduced, in the wake of the resumption of post.summer infections, on 8 October 2020 by a decree of the then prime minister Giuseppe Conte.

The obligation introduced when the infections were growing strongly

The use of masks, while the infections rose to over 3,000 cases a day, had been made mandatory both in outdoor and indoor places “except for private homes and for the circumstances in which continuous isolation is guaranteed with respect to non.cohabiting people “, exempting from the obligation only” those who are doing sports, children under the age of six and those with pathologies or disabilities incompatible with the use of the mask “.
In a few days, therefore, it will only be necessary to put it on in your pocket or arm, to wear it in the cases indicated by the Cts.