Corona virus may reduce gray matter in the brain 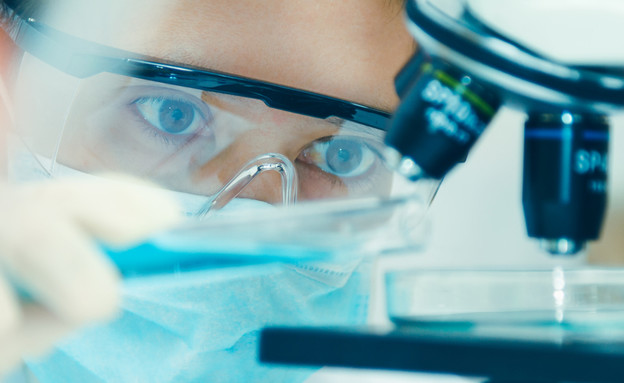 
A recently published study reveals another side of the damage caused by the corona virus. The study was conducted by a team of researchers from Oxford UniversityHis results were published online At medrxiv.org, before being peer.reviewed as is customary in the scientific community. This is one of the largest studies done on the subject and was based on brain scans of Corona patients.

The researchers used information from the UK Biobank – a large.scale medical.genetic database used for research, collected from more than half a million Britons. They compared brain scans performed before the plague and subsequent scans among 394 corona patients and 388 other people who formed a control group. According to the researchers, the findings of the study indicate the loss of gray matter in certain areas of the cerebral cortex that are related to the sense of smell and taste, or areas of the brain that are associated with the perception of smells and tastes.

Gray matter is a major component of the central nervous system, found in various parts of the brain, including the cerebral cortex, the outer and inner layer of the cerebellum, the brainstem and the inner layer of the spinal cord. Its main function is to route information about stimuli (motor or sensory) in order to produce a chemical reaction to these stimuli. The areas of the brain where gray matter is found are responsible for processing information that originates in the sense organs, such as the nose, mouth and eyes.

According to the researchers, the areas in the brain where a significant decrease in the thickness and volume of gray matter was observed among corona patients are mostly concentrated in the left lobe. Worryingly, these damages were observed not only in his patients in the severe form of coronary heart disease, but also in quite a few patients who had mild coronary heart disease. “There is a fundamental need for more information about the effects that corona disease has on the brain, even in the mild form of the disease,” the researchers noted in their paper.

Due to the nature of the study, which was mainly observational, it is difficult to determine from these findings why any damage was observed in Corona patients and what is the mechanism of the virus behind it. Nonetheless, there is no doubt that these are findings that need to be examined in depth in future studies. Researchers are calling for more research to look at how much the reduction in gray matter affects the limbic system, which is linked to many systems in the body, including memory, emotions, hormones and more.

The corona plague is an event that continues to evolve and catch up. The current report is as of Monday (21.06.2021) and more may change. We strive to bring you the latest reports, but it is important to be updated daily in light of the many changes.