The corona is spreading in Europe: the Netherlands in partial closure 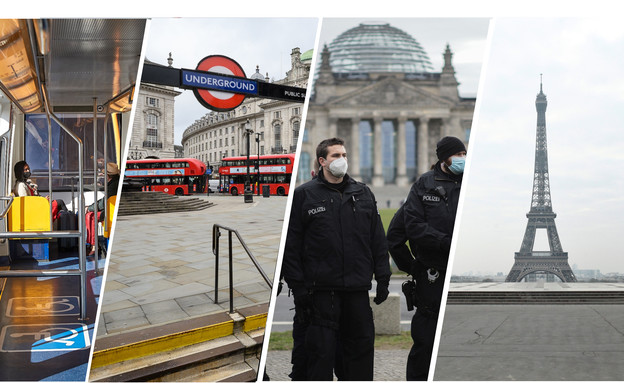 As Israel begins to return to normal with the decline of the fourth wave, it seems that morbidity in some European countries is actually rising significantly. The first to take drastic measures against the spread is the Netherlands, where a partial closure has been announced for the next three weeks.

The country’s transition prime minister Mark Ruta announced yesterday (Friday) that non-essential restaurants and shops will be closed every evening starting at 20:00, in order to prevent the outbreak of the virus in the country. The Netherlands is now on track to become the first Western European country to declare a partial closure since last summer.

The Dutch prime minister further said that Retail and non-essential services such as barbershops will close as early as 6 p.m. Also, gatherings in the houses will be limited to a maximum of 4 guests, sporting events of all kinds will be required to take place without an audience and the public is asked to work from home as much as possible. In the Netherlands, an increase of more than 16,000 infections per day is reported and 7,546 deaths so far as a result of infection with the virus.

Germany announced two days ago that it had recorded its highest number of corona cases since the onset of the plague – more than 40,000 infected per day. The German health minister said December would be “bitter and difficult” if immediate steps were not taken to control the spread of the virus.

British Prime Minister Boris Johnson is calling on the public to accept booster doses soon and warns against rising morbidity – as is happening in parts of Europe. “I see the storm clouds gathering over parts of continental Europe,” he said.

In Austria, too, morbidity is soaring. 11,798 people have been infected with the virus in the last day and another 40 people have died. As a result, Chancellor Alexander Schlenberg announced that unvaccinated citizens from 2 districts in Austria would go into quarantine. Meaning: Those same citizens will be able to leave their homes just to shop or get medical attention.

The European head of the World Health Organization, Hans Klooga, said it was the lack of uptake of corona vaccines that was behind the rise. “We are at another critical point of plague renewal,” he said a few days ago. “Europe is back in focus where we were a year ago. It later warned that there could be another half a million dead by February.