The fourth wave is hitting Europe hard: what are the reasons for the eruption? 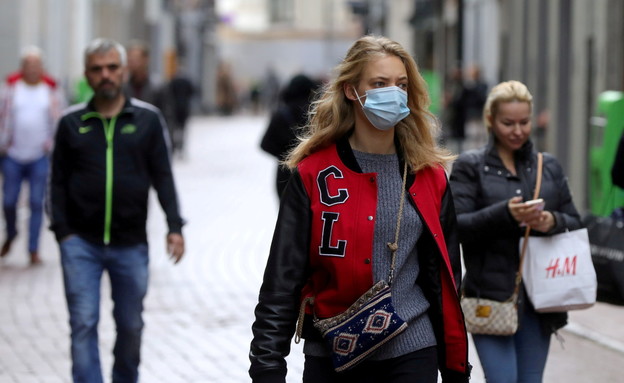 The Netherlands is the first European country, and probably not the last, to enter a partial closure again, a sharp step that illustrates the situation across the continent. Currently, Europe is the global epidemic center with a consistent rise in all indices. According to the World Health Organization, infections across the continent have risen by 7% and deaths by 10% over the past week, making Europe the only region in the world at the present time where the corona is steadily spreading steadily.

What makes Europe the focus of the current wave? According to experts, a combination of low immunization rates, declining immunity among people vaccinated more than 6 months ago, and growing complacency about masks and rules of distancing, after governments eased guidelines in recent months.

“The message has always been: do everything,” said Hans Klooga, regional director of the World Health Organization for Europe, last week. “Vaccines do what is promised, prevent serious forms of the disease, and especially mortality. But they are our most powerful asset only if used alongside contraception.” Monitoring immunization rates across the continent does indeed show that vaccines are not enough.

Partial closure and restrictions without vaccinated

The highest immunization rates are in southern Europe, where in Portugal, Malta and Spain the population is vaccinated more than 80% with two vaccines, Italy is not far behind with 73% vaccinated. Although the rates of increase in corona cases in these countries are lower (around 100 daily cases per million people), there has also been a consistent increase in all indices in recent days.

The Netherlands, France and Germany, where vaccination rates are also considered relatively high, have also experienced a significant increase in recent weeks which has led them to take drastic measures.

The Netherlands, which vaccinated 73% of its population, has entered into a partial three-week closure starting yesterday, as part of which bars, restaurants and essential shops will be closed from 20:00, non-essential shops and services will be closed from 18:00, and home gatherings will be limited to four guests. This is after the number of patients broke to new highs (over 13,000 cases daily, an increase of hundreds of percent in recent weeks).

Nearly 70% have been vaccinated in France, which does not currently appear to be a sufficient insurance certificate. “What we are experiencing in France clearly looks like the beginning of a fifth wave,” Health Minister Olivier Verne said last week as the average number of new cases, although still relatively low, is steadily climbing. French President Emmanuel Macron said that as of December 1, people aged 65 and over and people in risk groups who did not receive a third shot would no longer be eligible for a health card, and at the same time the booster program would be extended to people aged 50 and over. A health card that shows proof of vaccination, recovery or a negative test, allows you to enter shops, bars and restaurants.

Germany, where 66.5% of the population is vaccinated, recorded its highest daily infection rates in the last two years last week, with 48,640 new cases. From Monday, in Berlin, only people who have been vaccinated or recently recovered will be allowed to visit restaurants, cinemas and hairdressers. Federal Health Secretary Jens Seffen on Friday proposed even similar rules for entering public events that may apply soon.

Most of the dead are not vaccinated

In other countries the situation is much more chaotic. With the lowest vaccination rate (62.8%) and highest infection rate (more than 1,000 daily cases per million) in almost all Western European countries, Austria has imposed a precedent-setting closure only on unvaccinated people in the most severely affected provinces. Unvaccinated people will be allowed to leave their homes only for essential needs like buying food, medicine and work.

Romania and Bulgaria have the highest daily mortality rates in the Eastern bloc, with about 22 people per million – more than 30 times the rate in France, Spain and Portugal. Despite the supply of vaccines, the two countries vaccinated the lowest proportion of their populations of all EU countries: only 34.5% of Romanians received two vaccines, and 23 of Bulgaria. Both countries have recently imposed severe restrictions.

Finally, there are still quite a few ways to deal with the plague at this point. “Most hospitalized and dead people from Covid-19 today, are not fully vaccinated,” said Hans Klooga, adding that authorities must speed up the launch of vaccines, including booster injections for at-risk groups, along with day-to-day observance of health rules. He cited the World Health Organization’s estimates that continuous use of the mask could prevent some 200,000 cumulative deaths. “Contraception when applied correctly and consistently, allows us to move on with our lives,” Kellogg said. “Contraception does not deprive people of their liberty, they guarantee it.”