Regular consumption of pomegranate reduces the risk of breast cancer 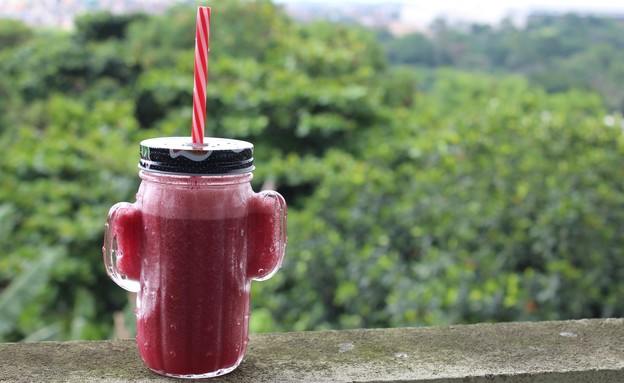 The pomegranate is automatically linked to Rosh Hashanah and the Tishrei holidays, as one of the seven species, but it is sold in markets at least until February. And it symbolizes for many beauty, abundance and fertility, but not everyone is aware of its health benefits. Half a cup of pomegranate has 72 calories, 16 grams of carbohydrates and three grams of dietary fiber, and it is also a good source of potassium and vitamin K. The red color of the fruit comes from plant pigments that act as antioxidants in the body and help fight inflammation and aging.Pomegranates may be especially beneficial for women. An Israeli study from 2011 suggested that pomegranates may reduce the symptoms of rheumatoid arthritis, A chronic disease that manifests itself in pain in the joints, especially in the wrist and finger joints. The disease is more common in women, some researchers estimate that the female sex hormone estrogen has a role in the development of the disease in women.

Israeli researchers from the Technion have found that pomegranates can have important consequences in the treatment of breast cancer and in the safety of hormone replacement therapy. The researchers showed that natural pomegranate seed oil causes apoptosis – a mechanism of self-destruction of breast cancer cells. In addition, pomegranate juice may be toxic to most estrogen-dependent breast cancer cells, without affecting normal breast cells. Dr. Ephraim Lansky, head of the research team, noted that: “Pomegranates may replace the estrogen given to women after the fertile period to protect them from heart disease and bone loss, while selectively destroying estrogen-dependent cancer cells.”

Research Another carried out by researchers at Rambam Hospital and the Technion found that pomegranate juice could reduce the chances of fetuses developing brain injuries. “Studies show that pomegranate fruit is very rich in polyphenols – compounds known to have strong antioxidant and anti-inflammatory effects that help protect against cardiovascular disease,” said Associate Professor Ron Blossky, one of the study’s authors, adding: “Although this is a preliminary study, the results obtained are very interesting. It seems that the cheap juice that can be found in any supermarket can have a positive effect on serious problems.”

Pomegranates also have anti-inflammatory properties. trial Clinically found that a daily glass of pomegranate juice may reduce inflammation in people with diabetes. Review A 2017 study published based on eight clinical trials showed that pomegranate juice reduced systolic and diastolic blood pressure. The effect remained even when consuming pomegranate juice in varying amounts. According to a study at the University of California, drinking pomegranate juice is healthier than eating the fruit itself, in contrast to many other fruits, as 70% of the antioxidants are released from the peel during squeezing.